Despite recent falls in low carbon investment, potential for green businesses to flourish is growing across the world 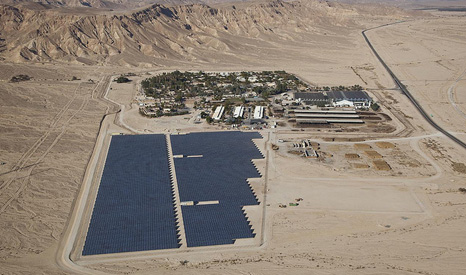 Israel is the best place for clean tech entrepreneurs to set up shop, according to a study released by Cleantech Group and WWF.

It says the country has the “culture, education and chutzpah” needed to breed innovation, citing the success of wastewater engineers Emefcy and Seed technology firm Kaiima.

Finland and the USA are rated the second and third best countries, while there are signs China, India and Brazil are starting to offer more attractive markets for new businesses.

“Understanding these innovation processes is important in order to accelerate increase of the “good” as a complement to the establishment of national climate targets and carbon caps that address a more rapid decrease of the “bad.”

The study covers 40 countries, including all of the G20. Compiled by the Cleantech Group, it is based on a country’s ability to create and commercialise innovation.

While China (19), India (21) and Brazil (25) scored relatively poorly, the report says their profile is likely to rise given the strong climate for growth and development, together with high levels of pollution.

Saudi Arabia (33) and Russia (40) also receive praise for early steps in helping young companies, a move the authors say is driven “to hedge against the realities of limited conventional energy sources in the long-term”.

Global renewable energy investment fell 14% in 2013 to $214 billion, figures analysts at Bloomberg say are linked to cost reductions and the impact of policy uncertainty.

Annual global project finance investment in renewables is projected to reach $400 to $500 billion by 2020.