Greenland ice sheet previously reduced to a rump, at temperatures expected this century 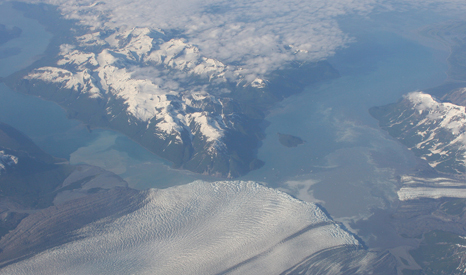 Retreat of the Greenland ice sheet some 400,000 years ago caused sea levels to rise several metres above present levels, at temperatures expected this century under manmade climate chance, an article published in the journal Nature said on Wednesday.

Understanding better what happened to ice sheets in the past may help scientists answer “what if” questions about sea level rise this century, if climate change continues.

For example, there is a concern for tipping points, where higher temperatures may cause the Greenland ice sheet to slide into the sea rather suddenly and irreversibly.

The world is presently in a warm period known as the Holocene interglacial, but still technically in an Ice Age because of the presence of massive polar ice sheets.

There have been many such warm interglacials and intervening cold periods, during the present Ice Age, as the Earth’s historical climate see-sawed.

Wednesday’s study analysed an interglacial longer than most, 400,000 years ago when temperatures were similar to or only a little higher than today’s.

The scientists used chemical analysis of rock sediments to show that silt typical of glacial erosion all but disappeared in many locations, suggesting that there was only a rump of ice remaining.

They calculated that the lost ice was equivalent to about six metres sea level rise.

“Our evidence for a collapse of the south Greenland ice sheet provides an important example of geologically recent ice-sheet instability and retreat under climate conditions within the range of those anticipated by the end of this century,” the authors said.

The further back in time scientists look, the fewer tools they have. In Wednesday’s study, the authors overcame uncertainty about the position of the Greenland ice sheet by turning to silt sediments.

Ice sheets hundreds of metres thick grind the bedrock as they move, creating silt which is washed downstream towards the sea. The scientists analysed ancient silt deposits to deduce the historical size of the Greenland ice sheet.

The period was longer than other interglaciations, including the most recent around 120,000 years ago. Wednesday’s study calculated that Greenland ice sheet retreat during the period was unprecedented, compared with similar periods.

Their research findings supported other studies, which had found evidence of pollen from spruce trees in the same area at about that time, suggesting the presence of forests in an ice-free, warmer climate.

“We now show that south Greenland was nearly completely deglaciated during MIS 11, providing the ice-free conditions required for development of boreal forest.”

The authors reported that there was no conclusive proof for exactly how much warmer the period was compared with the present day, but only by a few degrees Celsius only, at most.