How will London’s economy cope with climate change? 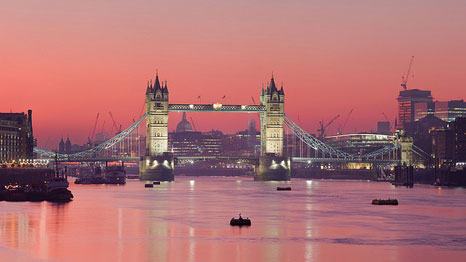 London has launched an investigation into how climate change will impact its economy, which is at risk from flooding, heat waves and other international pressures.

The London Assembly which is conducting the investigation, will produce a report by October, examining the resilience of the UK’s capital – dominated by finance, but also home to theatres, universities and shops – to climate change.

The report is likely to come as a test to London mayor Boris Johnson, who has previously expressed doubt over the science of global warming, writing in January that he has an “open mind” about the possibility the world could instead be heading towards a “mini ice age”.

For London’s financial sector, the threat is one to be taken seriously.

Climate change is the “biggest impact emerging risk we look at,” said Nick Beecroft, a climate specialist at insurance company Lloyd’s of London. He added that, for the financial services, it was “probably the most pressing test of our claim to be innovators.”

“What we’re looking at is a global systemic issue. London is a critical node in that system through which is risk is transmitted and amplified.”

In 2011, financial and insurance services in London contributed £125.4 billion in added value to the UK’s economy, 45.8% of the total across the UK.

This makes London the second largest financial centre in the world after New York. Globally, the UN’s science panel warns that sea level rise as a result of climate change could wipe out US$ 13trillion worth of assets.

Another risk to London’s financial services is the possibility that fossil fuel assets are currently overvalued, the panel said. Around one third of current reserves must stay in the ground is the world is going to stay within safe limits of warning.

Small and medium-sized enterprises will suffer the most, said Chris Rapley, chair of the London Climate Change Partnership, as they are less equipped to deal with future threats.

These companies “represent about 90% of the business in London” most at risk from climate change, he said.

London, which sits along the banks of the Thames, is vulnerable to flooding. This winter, the Thames Barrier closed a record 50 times, making it the busiest period in its history. Figures provided by the Greater London Authority show that up to 680,000 properties are at risk.

The city’s infrastructure will have to be planned to cope with the rising risks of climate change, agreed the panel – including Crossrail, a £14.8 billion project to update the city’s railways.

But the biggest challenge for the London economy will come from abroad, said Daniel Dowling, a climate change consultant with PwC, as big businesses find their supply chains disrupted by changing weather patterns abroad.

“If London is going to stay ahead of the pack, it needs to map these climate dependencies abroad,” he said. For instance, a recent study by Asda suggested that 95% of their fresh produce would be affected by climate change.

The impact of climate change overseas could also affect travel and cultural links, said Sam Fankhauser, co-director of the Grantham Institute at the London School of Economics. “It’s clearly important to London because it’s such a cosmopolitan place,” he said.

But there are also opportunities for London, said Juliette Daniels, from the London Climate Change Partnership. London’s green economy is worth around £25 billion, which the city could export abroad.

“Rotterdam and New York are putting a lot of effort and governmental support behind selling those services,” she said. “London is a leader in adaptation, but it should be doing more to promote that.”

These services could include consultancy and engineering expertise for city infrastructure and business, but also between sectors like music and theatre.

In 2009, West End theatre contributed around £2 billion to the economy, and there are initiatives underway to help make the sector more sustainable, such as the consultancy Julie’s Bicycle – “an extraordinary story and something others are interested in,” said Rapley.

The report will make recommendations to London mayor, Boris Johnson, on how to climate-proof the city, to which he is obliged to respond.