Governments must consider the billions of people depending on forests for food, energy and shelter, says FAO report 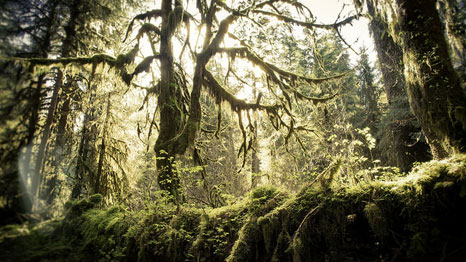 Governments should adjust national policies to reflect the benefits that forests provide to the health and livelihoods of billions of people, according to the UN.

“It is time for forestry to shift perspective from trees to people,” said the biennial report, State of the World’s Forests 2014, launched today in Rome.

There is a “disconnect” in policy between the focus on the formal forestry sector and the billions of people that rely informally on the forest every day for food, energy and shelter, it said.

Most countries continue to operate on the “technical paradigm of forest management”, rather than a people-oriented approach.

“It is impressive to see how forests contribute to basic needs and rural livelihoods. They are also a carbon sink, and preserve biodiversity,” said FAO Director-General José Graziano da Silva.

“Let me say this clearly: we cannot ensure food security or sustainable development without preserving and using forest resources responsibly.”

The UN recognises the preservation of forests as a method of reducing global warming, with a programme in place allowing rich countries to pay poor forest nations to keep their forests intact. Deforestation accounts for nearly 20% of global greenhouse gas emissions.

Relatively few countries specifically address poverty or rural employment when updating their forest policies, it says in the report, despite the forest sector employing 13.2 million people across the world, and at least another 41 million people informally.

Traditional knowledge and practises related to forests are also important to indigenous groups and beyond, but this is reflected by only a few countries, mainly through improved tenure rights and access to natural resources.

Virtually every country with significant forest resources has a national forestry programme, but growth in populations and the middle class, along with increasing urbanisation, means that these should be updated to reflect the changing pressures on the world’s forests, the report said.

Better policies could be supported by better data collection, it added, with more robust statistics on the extent to which communities depend on forests.

“With the exception of formal employment figures, forestry administrations have little information on how many people benefit from forests,” said the report.

“A new, holistic concept of forests will make them more attractive to donors and investors and ensure that they benefit all people, especially those most in need.”