New cities will set energy supply and use for decades – PwC 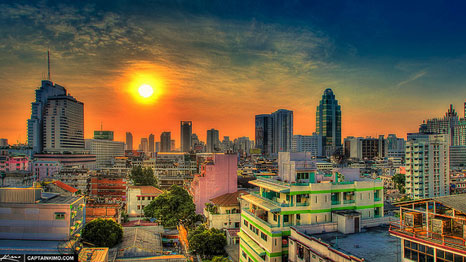 Global infrastructure spending will double over the next 10 years as developing countries lay the foundations for power plants, cities and roads for the rest of the century, according to a report by the financial services firm PwC.

The report findings echoed, but did not explicitly refer to, the notion of carbon lock-in, where countries are building transport systems, power plants and cities which will set the level of future carbon emissions.

The report did not investigate what level of carbon emissions may result from an expected doubling in infrastructure spending.

Such spending was growing on the wings of global recovery from the financial crisis.

“These paradigm shifts will leave a lasting, fundamental imprint on infrastructure development for decades to come,” said the report, “Capital project and infrastructure spending: Outlook to 2025”.

Developed countries would see their share of spend fall from nearly one half now to one third in 2025.

The report projected an urbanisation explosion in countries including India, the Philippines, Indonesia, Ghana, and Nigeria, as well as China.

“India, for example, will add another 500 million to its urban population over the next four decades, spurring additional infrastructure spending in such major sectors as energy and telecommunications.”

Low carbon investment will continue, driven both by an expected rising cost of fossil fuels, which would boost the competitiveness of renewable energy, and climate damage, which may motivate regulation including carbon pricing.

Infrastructure spending refers to the physical equipment which makes the world tick, including power plants, roads, schools and telecoms.

The report analysed 49 countries accounting for 90% of global economic output.

“Our global analysis shows that spending for capital projects and infrastructure has begun rebounding from the financial crisis of the past few years,” PwC said.

“Spending is expected to accelerate significantly over the next decade, with fast-growing emerging economies far outpacing developed nations.”

“Emerging markets, unburdened by austerity or ailing banks, will see accelerated growth in infrastructure spending, especially China and other countries in Asia.”

Spending in Western Europe will only reach pre-crisis levels around 2018.