Evidence grows that warming Arctic may cause extreme weather 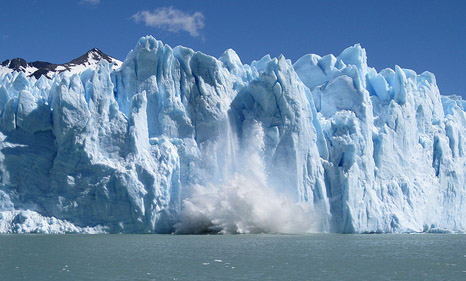 Rapid warming of the Arctic may be linked with recent extreme weather in Europe and the United States, a paper found this week, finding more evidence for one piece in the jigsaw.

The impact of a warming Arctic on world weather is one of the hottest topics in meteorology.

The debate has spun out of observations that the Arctic is warming twice as fast as the rest of the northern hemisphere, because of a combination of rising greenhouse gas emissions and melting sea ice.

One mechanism has been proposed to explain how such Arctic warming may be linked with more frequent extreme weather further south.

The theory has two parts. First, it is suggested that as the Arctic warms, the jet stream slows down, which in turn causes it to take a more meandering pattern, much like the path of a slow moving river.

Second, it is expected that a more meandering jet steam tends to get stuck in the particular shape that it adopts, meaning the same weather – whether hot, cold, wet or dry – continues for longer, creating problems of heat waves, snowfall, floods or droughts.

The latest study focused on the second part of the theory, using observations to show that recent extreme weather did indeed coincide with a meandering pattern in the jet stream.

“There has been an ostensibly large number of extreme weather events in the Northern Hemisphere mid-latitudes during the past decade,” the authors said in the journal Nature Climate Change.

“We show that months of extreme weather over mid-latitudes are commonly accompanied by significantly amplified quasi-stationary mid-tropospheric planetary waves.

The temperature difference between the frozen north and more southerly latitudes is the engine which drives the northern jet stream, which may therefore slow down as the Arctic warms.

The link with more extreme weather is still very much of a theory, coined by a researcher at the US-based Rutgers University two years ago, which requires more observation and climate modelling for fuller confidence.

The topic is of enormous interest because of the pace at which the Arctic is warming, a phenomenon known as Arctic amplification, a trend which has led to greater melting of sea ice in summer and is expected to continue.

At the same time, there has been a rash of extreme weather events over the past decade, affecting hundreds of millions of people in mid-latitude countries.

“All have had significant socio-economic impacts.”