Russia failing to reap benefit of oil and gas – IEA 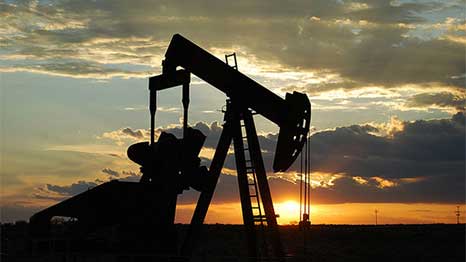 Russia will have to liberalise energy prices, upgrade its infrastructure, curb domestic demand and appeal to foreign investors to reap the benefit of its oil and gas resources, the International Energy Agency said.

Such measures would boost the country’s competitiveness, turn around a sluggish economy, and help cut carbon emissions to tackle climate changes which would impact Russia, the IEA added.

Russia would have to attract foreign investors, to develop unconventional oil and gas resources and maintain output, where western condemnation of Moscow’s annexation of Crimea may not have helped.

“These challenges will require large investments in a range of USD 100 billion per year over the next 20 years, mainly from private domestic and foreign sources,” the IEA said in its report, “Russia 2014”.

“Infrastructure in the electricity and heat sectors is ageing and needs rapid replacement and modernisation: This poses risks to the country’s energy security (especially for heat and power supplies), as well as its competitiveness and well‐being.”

Russia’s economy is sluggish even while hitting record oil production and enjoying prices consistently above $100 a barrel.

“In spite of record high liquids production (close to 11 million barrels per day) and oil price levels (about USD 110 per barrel for the Urals), Russia’s oil and gas sectors are no longer sufficient to ensure steady and robust economic growth as the economy has slowed since the end of 2012 to growth levels of around 1.5%.”

Regulated power and heating prices and the absence of residential heat metering were not helping, by boosting energy consumption.

“The government’s recent decision to freeze regulated tariff increases may have limited a loss in competitiveness in the short term and inflation, but is sending the wrong signal for energy efficiency and is likely to slow down infrastructure investments as well as end‐use energy efficiency investments.”

The IEA highlighted energy waste as a key threat, given the country was using twice as much energy per unit of GDP compared with OECD countries, of which Russia is not a member.

“Energy efficiency investments in the industrial sector, but also in the residential sector, have not occurred at the required pace. Russia’s energy‐intensive goods are facing increasing global competition in domestic and export markets.”

“The modernisation of the Russian economy and energy sector depends to a large extent on energy efficiency deployment as the potential is huge in the industrial, residential, transport sectors and especially in the district heating and power generation sectors. In most of these areas, it can be achieved at relatively low cost.”