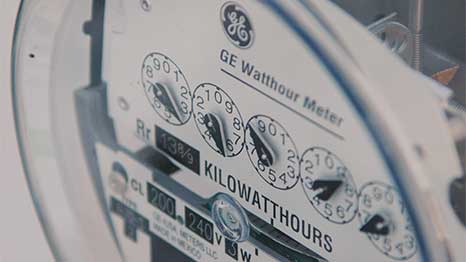 Nearly half of European United countries have decided against a large scale rollout of smart meters, calculating that the new technology can be poor value for money.

Digital smart meters are a big innovation over present analogue versions, allowing grid operators and utilities to view power consumption at the household level, but they also involve a significant upfront cost.

EU member states were supposed to replace at least 80% of all electricity meter with “smart” versions by 2020, provided that they found smart meters saved money in the long run, under the Energy Efficiency Directive.

Only 16 out of 28 countries in the bloc found a conclusive net benefit, however, according to a new report from the European Commission.

The European Commission painted an upbeat view of the rollout proceeding in those countries, but acknowledged the set back.

“The business case for rolling out smart metering is not yet overwhelming throughout Europe,” the Commission said, in its report, “Benchmarking smart metering deployment in the EU-27”.

“Sixteen Member States will proceed with large-scale roll-out of smart meters by 2020 or earlier, or have already done so.”

The Commission report found a huge range of values for costs and benefits per smart meter across the different member states.

Some of the differences in cost were down to technical accounting issues, such as the assumed lifetime of the meter, rather than actual differences such as in installation or labour costs.

Other measures under the package include linking cross-border markets, so that electricity flows from cheaper to more expensive countries.

Utilities benefit by reading meters remotely, rather than manually at present.

And they would allow grid operators to balance power demand and supply better, by having real-time data on electricity consumption at the household instead of electricity sub-station level.

Where the meters can communicate with individual plugs or appliances in the home, they would also allow utilities to shut down power supply for households in return for cheaper tariffs.

But not all smart meters have such demand response functionality yet.

Smart meters could also help consumers to monitor their energy use and even control appliances remotely by smart phone.

But the European Commission report found that smart meters in seven of the 16 countries proceeding with a large scale rollout did not have the functionality to report consumption data back to consumers.

Some consumer groups are concerned at the amount of detailed household data which smart meters give to utilities, including how many people are in the house in real time. The EU’s efficiency law protects such consumer data, the Commission report said.

“A high level of personal data protection must remain a central concern in the development of smart standards.”

“An intensive communication effort is required to help consumers understand their rights, the benefits of installing smart meters and participating in demand response programmes. Consumers should be informed about the functionalities, what data will be collected, and what these data will be used for.”