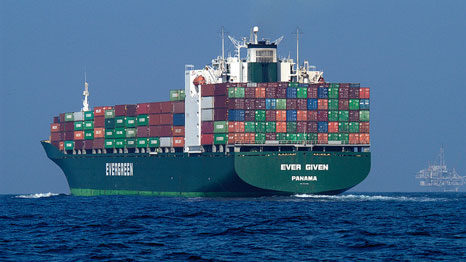 The use of satellite data could speed up carbon cuts in shipping, even in the absence of a global agreement for the sector, a study concluded on Wednesday.

At present there is no systematic measurement or monitoring of shipping sector carbon emissions.

The lack of data adds to the political problem that most shipping emissions were beyond national borders.

Without political consensus for global action, or data, countries were hamstrung from taking their own national action to curb emissions.

“Currently, there is no mechanism in place for monitoring shipping emissions accurately over time,” said the report, published by the University of Manchester’s Tyndall Centre for Climate Change Research.

“Improving fuel consumption accounting could support a range of stakeholders in their efforts to mitigate emissions. For example, it could assist policymakers when designing regulations, help businesses when trying to cut their fuel bills, or shippers in driving progress as they make their supply chains more energy efficient.”

The report backed the use of satellite messages which ships regularly transmit to update their position. Since shipping sector carbon emissions were from propulsion, the use of Automatic Identification System (AIS) messages could vastly improve existing estimates.

“The advent of satellite-based Advanced Information System (AIS) receivers offers an opportunity for improving the measurement accuracy of fuel consumption for ships in international waters,” the scientists reported, in their “High Seas Project Final Report”.

“Based on actual ship movements, the method is sensitive to emission reduction measures such as slow steaming, estimating emissions savings in near-real time. AIS data also has the scope to alleviate some of the existing issues over data transparency.”

The “High Seas Project” had developed a model for reconstructing vessel movements using such satellite data, using particular data points such as cargo type, distance travelled and size of ship, to try and assist in developing estimates which could then drive policy targets.

The study pointed out that without such data, supply chain carbon emissions estimates were also flawed, since these presently failed to take account of subtleties such as the size of ships, where smaller ships emitted more per tonne of cargo.

So far, action to clean up the shipping sector has focused on limited steps to improve the efficiency of ships, such as an Energy Efficiency Design Index introduced by the IMO last year.

But that did not go far enough, argued the report, which said that the IMO was failing to prioritise the issue, and that the industry was not matching its own rhetoric to address carbon emissions.

“For shipping to make a ‘fair and proportional’ contribution (towards carbon cuts) a fundamental change in its decarbonisation policy is necessary,” the report said.

“As measures to tackle emissions continue to emerge slowly through IMO meetings, decarbonisation mechanisms must be established more urgently.”

Global shipping sector carbon emissions are the responsibility of the IMO, because much sea travel is beyond national borders, in the same way that the International Civil Aviation Organisation (ICAO) is responsible for the aviation sector, rather than individual nations.

That had led to a political blind spot for maritime and aviation carbon emissions, given that targets to reduce emissions are usually agreed between nations.

“Most nations and regions rely on the IMO to deliver appropriate mitigation policies rather than bringing shipping in line with their own national carbon-reduction efforts. And the debate at IMO meetings has been moving very slowly.”

For example, the IMO had taken a piecemeal approach, regulating sulphur dioxide emissions in isolation from carbon dioxide.

“Focusing on recent changes to sulphur regulations highlights the relatively low position of climate change on the (IMO’s) political agenda.”

It would make sense to tackle the two together, to drive reductions in both sets types of emissions, for example through alternative fuel choices including wind propulsion, biofuels and fuel cells.