Northern Gateway gets government go-ahead, despite protests from environmentalists and indigenous people 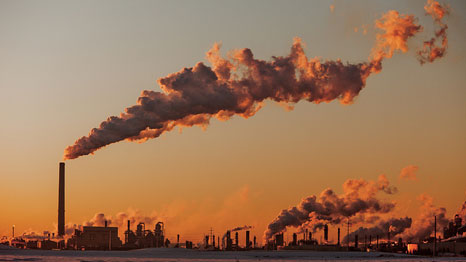 The Canadian government has approved a pipeline to pump tar sands from Alberta to the country’s Pacific coast, in spite of opposition from environmentalists and indigenous people.

The 1,177 km pipeline, called the Northern Gateway, will transport 525,000 barrels of oil a day across the country from Alberta’s tar sands.

Tar sands are one of the most polluting forms of fossil fuel. A recent study by the European Commission found that they produce 23% more greenhouse gas intensive than conventional crude oil, as they require much more energy to produce.

Before construction can begin on the project, the company responsible, Enbridge, must fulfil 209 conditions to which the approval is subject. This has given hope to those campaigning against the pipeline that it could still be stopped.

“The proponent clearly has more work to do in order to fulfill the public commitment it has made to engage with Aboriginal groups and local communities along the route,” said Greg Rickford, Canada’s Minister of Natural Resources, in a statement.

Canada is keen to create the infrastructure that will allow it to exploit its landlocked tar sands, concentrated in Alberta, and export them to global markets. The oil expected to flow through the Northern Gateway would be destined for Asian markets.

Plans for a controversial Keystone XL pipeline, designed to transport Canadian tar sands down to refineries on the US Gulf Coast, have faced delays as Obama weighs the environmental costs against the potential economic benefits.

Many are concerned that the pipeline could lead to a tanker spill, like the Exxon Valdez spill off of Alaska in 1989.

Jody Wilson, the British Columbia chief from the Assembly of First Nations, said that indigenous people were not opposed to resource development, but not if it had a heavy cost on the environment.

“First Nations and the majority of British Columbians believe this project poses an unacceptable risk to the environment, the health, the safety and livelihoods of all peoples throughout this province because of the undeniable possibility of pipeline and supertanker heavy oil spills,” she said.

The government of British Columbia has also imposed five conditions before they will allow construction to go ahead. They say that only one of these has so far been met.

These four conditions include an oil spill response plan for marine and land environments, addressing the treaty rights of First Nation people, and economic benefits for British Columbia.

“We understand the economic benefits that the Northern Gateway project may bring, but it will not be at the cost of our environment,” said Mary Polak, Minister of Environment of British Columbia.

“At the end of the day, we want to ensure any heavy oil pipeline development is done in a safe, responsible manner.”