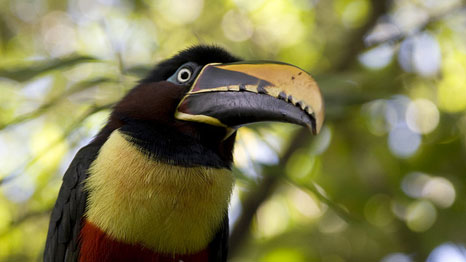 Brazil might or might not win the World Cup, but it so far seems a clear winner in the race to reduce carbon emissions, having stopped 3.2 billion tons of carbon dioxide from escaping into the atmosphere during the last decade.

A team of economists and scientists report in the US journal Science that Brazil has achieved this, since 2004, by simply not cutting down 86,000 square kilometres of rainforest. This is, in effect, a 70% decline in deforestation, and in 2013 alone such abstention amounted to a 1.5% drop in global carbon emissions.

It sounds like eccentric accounting – awarding credits for unauthorised destruction that didn’t happen – but it represents a change of course all the same.

The scientists report that, between 1999 and 2004, pressure on the Amazon rainforests had reached alarming levels as tracts totalling the equivalent of almost 14.3 million football pitches were cleared annually for soy crops and beef.

Government policy required farmers to keep four-fifths of their land as native forest. But this was not seen as realistic, and compliance, say the report’s authors, was “virtually unattainable, reducing the law’s credibility”.

One of the report’s authors, Claudia Stickler, a scientist with the Earth Innovation Institute, called it “trying to stop a tsunami with a sand castle”.

But something happened. A combination of bold public policies, market rejection of farmers who felled forest, and an increase in protected areas somehow reduced the clear cutting of trees. At the same time, soy and beef production actually grew, but it isn’t easy to point to any single agency that led to the change.

“The truth is that the government can’t claim this win alone, nor can Greenpeace or responsible companies,” said co-author Toby McGrath “It’s the mixture of interventions that worked.”

The report’s lead author, Daniel Nepstad, a founder of the Amazon Environmental Research Institute, warned that the gains were globally significant, but fragile. “We’re bumping all the time against the limits of what can be achieved by punitive measures,” he said.

“As global demands for soy and beef begin to grow again, we will need a new approach to keep deforestation low in the Amazon. Through a one billion dollar pledge from Norway, Brazil has an important first step towards the creation of positive incentives for farmers who forgo forest clearing.”

European and US researchers have argued that a mix of tax and subsidies for semi-intensive farming could beef up Brazil’s cattle business and save huge tracts of rainforest.

What saved the Amazon forests in the last decade was the combined effect of falling profitability of soy harvests, a campaign by Greenpeace, and a government initiative to cut off agricultural credit to regions with high rates of deforestation. But, ominously, demand for beef and soy are growing again, and clear-felling increased by 28% in 2013.

“The great global challenge is to grow more food, for more people, on smaller areas of land, while we end and reverse the loss of the tropical forests ,” Dr Nepstad said. “Brazil has shown the world that it can be done.”