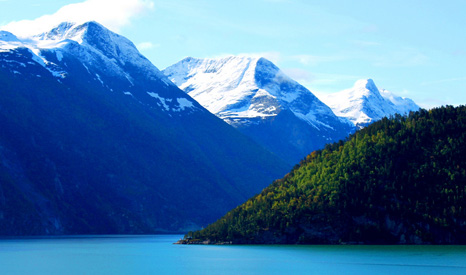 Norway has become the 11th country to ratify an eight-year extension to the UN’s Kyoto Protocol.

“Developed countries need to take the lead. This is why Norway took on new commitments under the Kyoto Protocol,” Norwegian Minister of Climate and Environment, Tine Sundtoft, said in a statement.

“We encourage all other Parties to the Kyoto Protocol to advance their ratification process rapidly.”

The UN reached an agreement at the end of 2012 to adopt the extension, but without the support of Japan, Russia, New Zealand and Canada.

Major emitters like the USA, China and India are not bound by any commitments.

EU countries, which are responsible for the bulk of emissions under the treaty, are currently locked in tough negotiations over the bloc’s own ratification.

The European Commission started work on the process at the end of 2013, but progress appears to have slowed, with Poland widely blamed for stalling talks.

RTCC understands Polish diplomats have presented a new set of proposals for the Kyoto ratification, involving all 28 member states adopting 20% greenhouse gas cuts for 2020, as opposed to the variety of targets they currently have, depending on capabilities.

This could mean poorer countries in the south of the EU having to adopt tougher emission cuts by the end of the decade.

An observer who has seen the documents but who declined to be named described the new plans as “mad”, asking why Poland would re-open a climate and energy package negotiated by EU leaders in 2007.

One theory is that Poland is using this to gain leverage in negotiations on the EU’s 2030 climate and energy package, due to be signed off in October.

The country’s climate chief recently told RTCC he is unhappy that the bloc is set on adopting a 40% emissions reduction goal, arguing it will unfairly penalise Poland.

Despite only covering a small part of global carbon pollution, Ulriikka Aarnio, Senior Policy Officer at CAN Europe, told RTCC the ratification of Kyoto is an important indicator of how committed countries are to a UN 2015 climate deal.

“It has the whole rules framework that we have negotiated since the start,” she said. “We need it to survive as a basis for rules – such as carbon accounting and economy wide targets.

“For developing countries it’s symbolic, to see that those with the highest responsibilities and cap continue doing their fair share.”

Failure to sign off Kyoto by the end of 2014 could have further ramifications for talks on a global deal, UN climate chief Christiana Figueres suggested in a statement.

“I would urge others, many of whom worked diligently to secure the Doha amendment, to follow suit so that by COP 20 in Lima, Peru we have the necessary 144 ratifications needed for the second commitment period of the Kyoto Protocol to swiftly enter into force.

“There are many important steps needed and milestones to be reached between now and the crucial Paris climate conference in 2015, and this is one of them.”