MPs agree on ‘blueprint’ for UN climate deal in 2015

Domestic laws should be ‘at the heart’ of Paris agreement, say 400 lawmakers from 80 countries 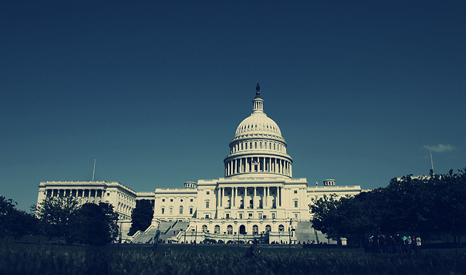 MPs from 80 countries have agreed to push for tougher climate change legislation in their domestic parliaments.

A three-day meeting of around 400 international lawmakers in Mexico City ended on Sunday with a ‘resolution’ to support UN efforts to develop a global greenhouse gas cutting deal in 2015.

“Now is the time for lawmakers and parliaments to intervene decisively in the international process,” reads part of the resolution, backed by the Global Legislators Organisation (GLOBE).

Lawmakers from the US, EU, Latin America, Africa and Asia say they will push for a ‘review’ next year to ensure new legislation is aimed at limiting warming to below 2C, a level deemed safe by governments.

They will also developing ‘formal parliamentary channels’ to share policy ideas and scrutinise emission reduction pledges made ahead of a Paris summit next December where the UN deal is set to be signed off.

The new agreement is expected to rely heavily on the ambition of countries at national level, moving away from previous treaties like the 1997 Kyoto Protocol where countries were set targets to meet.

“Having been the lead European negotiator at the Kyoto talks, it is clear to me that success at the Paris COP in 2015 will require a new type of climate agreement that learns the lessons from Kyoto and Copenhagen,”  former UK deputy prime minister Lord Prescott said in a statement.

“The World Summit of Legislators has shown the way forward with a blueprint that puts domestic legislation at its heart, setting the agenda for the UN talks in Bonn this week, Lima in November, and Paris next year”.

Commenting on the news from Bonn, where international negotiations on the 2015 are taking place, UN climate chief Christiana Figueres described domestic laws as the “linchpin” for a new deal.

“Legislation opens the door for international agreements,” she said.

International talks remain delicately poised, with countries working towards producing a ‘draft’ of any final agreement by a December summit in Lima this year.

Yesterday Peru’s Environment minister, the man tasked with chairing those talks, told RTCC time was running out for agreement, calling on countries to adopt a “realistic” attitude.

National emission reduction pledges from the world’s top economies are expected to be delivered by March 2015 at the latest, after which there will be a process reviewing those goals.

Last week Finland became the latest country to write climate change action into its rule books, aiming for an 80% reduction by 2050.

Describing the news as ‘super’, Environment Minister Ville Niinistö said it would place Finland on a path towards “a position as a pioneer of low-carbon society”.