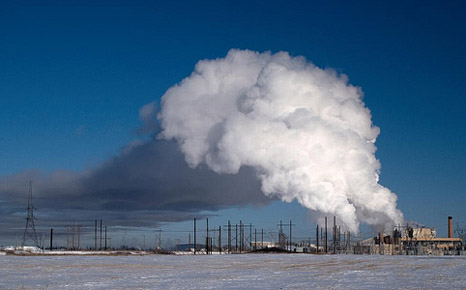 That’s the view of the UN’s leading climate official, Christiana Figueres, who needs the world’s top economies on board for a global emissions reduction deal to work.

“The decision by President Obama to launch plans to more tightly regulate emissions from power plants will send a good signal to nations everywhere that one of the world’s biggest emitters is taking the future of the planet and its people seriously,” Figueres said.

“It is also a good signal for the UN Secretary General’s Climate Summit in September and towards securing a new and more importantly meaningful climate agreement by the UN convention meeting in Paris in late 2015”.

Reports from Washington overnight suggest the Environment Protection Agency will present plans to slash cut carbon pollution from the nation’s power plants 30% from 2005 levels by 2030.

Around 1,600 power units are expected to be targeted under the laws, which could allow the US to make more ambitious carbon cutting promises ahead of any UN climate deal.

Washington is currently committed to cutting CO2 17% on 2005 levels by 2020, and has so far resisted all calls for it to adopt a higher target.

The laws could finally convince US critics that the world’s second largest carbon polluter is serious about curbing its emissions, and encourage China – now the world’s top emitter – to ramp up its own goals.

Figueres hopes a show of faith by the White House will allow Paris to succeed where previous treaties like the Kyoto Protocol failed by getting the world’s major economies to agree to binding targets.

“I fully expect action by the United States to spur others in taking concrete action—action that can set the stage and put in place the pathways that can bend the global emissions curve down in order to keep world-wide temperature rise under 2 degrees C this century”.

Countries meet in Bonn this week to start working on the text for the 2015 deal.

Time is running out, with a draft expected in time for a November meeting in Lima, and initial national ‘pledges’ on mitigation and adaptation goals set to be delivered in the first quarter of 2015.

Despite huge anticipation around the Obama announcement it is still not clear whether these Presidential decrees will be pushed through before he leaves office in 2016.

Many in US oppose any laws to restrict coal use – and are set to explore all legal and constitutional avenues to block progress – even though a UN panel of scientists says they are 95% certain climate change is caused by greenhouse gases.

Last week the influential US Chamber of Commerce warned new regulations could cost America’s economy over $50 billion a year between now and 2030, while the right-wing Cato thinktank has labelled them “futile” in addressing climate change and “politically costly”.

On Saturday Obama dismissed these concerns, pointing to the economic and health benefits of cleaner forms of energy, arguing his opponents were just interested in protecting their vested interests.

“They warned that doing something about the smog choking our cities, and acid rain poisoning our lakes, would kill business. It didn’t. Our air got cleaner, acid rain was cut dramatically, and our economy kept growing,” he said.

“The idea of setting higher standards to cut pollution at our power plants is not new. It’s just time for Washington to catch up with the rest of the country.”