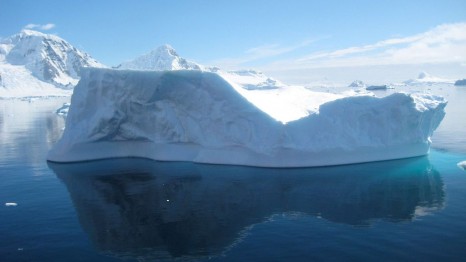 The research showed that the giant Antarctic ice sheet had a history of sudden partial collapse, in fits and starts.

That may be a present warning, given a more than five-fold increase in annual Antarctic ice loss over the past two decades.

The latest research, published on Thursday, showed that the ice sheet produced more icebergs in a series of sudden bursts after the end of the last global glacial peak, around 20,000 years ago.

Their main scientific advance was to match some of those bursts precisely to known periods of rapid sea level rise.

They found that the fastest flow of Antarctic icebergs closely matched a well known period known as meltwater pulse 1A, when global sea levels rose by about 4 metres a century over a period of 350 years, dramatically re-drawing world coastlines.

“The highest flux (of ice loss) occurred 14,600 years ago, providing the first direct evidence for an Antarctic contribution to meltwater pulse 1A,” said the study authors in their paper, “Millennial-scale variability in Antarctic ice-sheet discharge during the last deglaciation”.

In the past 20,000 years, global sea levels have risen by about 130 metres, the majority of which was caused by the collapse of massive ice sheets in the northern hemisphere.

Most of those ice sheets over northern Europe and America have now disappeared, but massive Antarctic ice sheets remain, containing ice equivalent to about 70 metres of sea level rise.

Present concerns about climate change have increased a scientific imperative to understand the historical stability of Antarctic ice.

Antarctica last year lost about 160 billion tonnes of ice to the ocean, compared with about 30 billion tonnes per year in the period 1992-2001, according to a study published earlier this month in the journal Geophysical Research Letters.

Much of that rapid acceleration is explained by what scientists now describe as the irreversible collapse into the sea of glaciers in sunken, submarine valleys in West Antarctica.

The world is presently still in an ice age, characterised by large ice sheets over Greenland and the Antarctic.

However, it is in a warm phase known as an interglacial which started around 12,000 years ago.

In the latest study, scientists analysed dust on the sea bed of the southern Atlantic Ocean, deposited there by melting icebergs between 20,000 and 9,000 years ago.

As ice sheets collapse into the sea they produce, or calve, icebergs which are then swept along ocean currents before eventually melting.

They contain dust collected by the original ice sheets and glaciers as they scraped along the bedrock of Antarctica. The dust sinks to the sea bed as the icebergs melt.

By analysing the dust, the scientists showed that the Antarctic ice sheet collapsed in eight bursts. By matching the dust with other records, they could date it precisely.

The biggest deposition was in the third burst, which started abruptly 15,000 years ago, reaching a peak in about four centuries, and coinciding with a previously understood period of rapid sea level rise 14,600 years ago when sea levels rose 14 metres in three and a half centuries.

But the study suggests that Antarctica indeed made a contribution to sea level rise then, as it did in a previous interglacial period 125,000 years ago, when sea levels were up to 6 to 9 metres higher than presently.