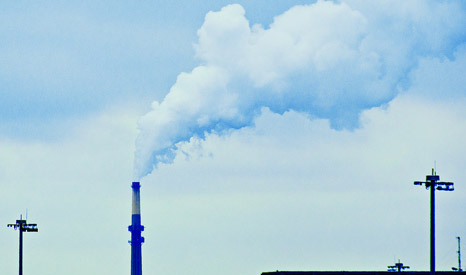 A global effort to bridle toxic mercury pollution could also slow down the upward creep of mercury levels in thermometers.

It’s this confluence of opportunities – to reduce coal power plants’ mercury emissions while also cutting back on their carbon dioxide pollution – that has captured the attention of the Global Environment Facility.

The Minamata Convention on Mercury was finalized by 140 countries early last year. Many environmentalists were disappointed that the agreement won’t require binding caps on pollution levels.

One thing that the convention does require, though, is for developed countries to “promote and facilitate” the “development, transfer and diffusion” of technologies that help developing countries curb toxic pollution.

During meetings in Mexico this week, the GEF is considering how it will use $4.4 billion pledged during the past year by 30 wealthy countries – money that will be spent on environmental programs in more than 140 poorer ones over four years.

Those pledges include more than $1 billion for climate change programs and more than $100 million under the mercury convention.

And one of the group’s newest priorities is figuring out how to sink funds into projects that simultaneously meet the objectives of multiple environmental conventions.

“For example,” the GEF Secretariat and World Bank state in a 243-page report prepared in advance of this week’s meetings, “with the GEF as the financial mechanism of the Mercury and the Climate Change Conventions, there are opportunities to explore co-benefits of carbon and mercury emissions reduction at coal-fired power plants.”

Fernando Lugris, a Uruguayan ambassador who chaired the mercury convention’s negotiating committee, told RTCC that work is already underway to identify potential technologies that would need to be incorporated into new coal-burning power plants.

A technical committee has met once, he said, and it plans to meet three more times before producing its report.

“With the technology that we have nowadays, if you have the most advanced technology to capture mercury, then you’re going to be capturing many other things,” such as carbon dioxide, Lugris said.

“So we’re going to contribute a lot to the climate change issue as well.”