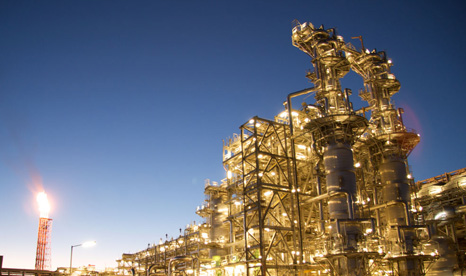 Coal and gas can power the UK later this century, but only with CCS technology say the MPs (Pic: Shell)

They say the UK’s first working CCS programme has been pushed back from 2014 to 2020, blaming a lack of financial support and policy certainty from central government.

And the Energy and Climate Committee say a final decision must be made on which CCS projects to back by early 2015 at the latest.

“Delay has called into question the credibility of Government policy designed to support CCS deployment,” they say.

“It could be a game changer in efforts to tackle climate change, but high energy and financial costs currently make CCS uneconomic without specific policy interventions to support it.”

The MPs add the current Coalition Government ignored warnings in 2011 and 2013 that the CCS programme was behind schedule, leading to what they describe as a “lost decade” for the technology.

They say the government must offer assurance over the long-term ownership of stored CO2, and promote “clustering” of industries near areas where CO2 can be stored.

In response, Energy Minister Michael Fallon released statement saying he was committed to a “strong and successful CCS industry.”

“The UK is ahead of the rest of Europe with two CCS projects in White Rose and Peterhead actively undertaking detailed engineering studies ahead of full construction,” he said, adding: “it’s important we take the time to get our decisions right and follow a robust process.”

According to the Grantham Research Institute at LSE, UK storage capacity in oil and gas fields could range from 7.4 to 9.9 billion tonnes of CO2.

As of February this year 2014, only 21 projects are in operation, with Canada, the US and China making substantial progress.

The International Energy Agency says CCS could offer a sixth of CO2 reductions by 2050, but it can add 50-80% to the running costs of power plants.

Their current inquiry has led them to conclude that decarbonisation of industrial sectors in the UK would be difficult without CCS.

Nick Molho, head of climate and energy policy at WWF-UK said delays to CCS development were “unnecessary”, and development was an “urgent priority.”

He added:  “But the Government shouldn’t plan significant investments in new fossil fuel plants today on the assumption that CCS technology will be available at an affordable cost in the future to capture emissions when we simply don’t know that yet.”

RTCC contacted the Department of Energy and Climate Change for a response but so far have had no reply.