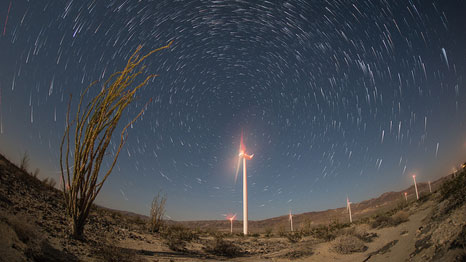 A €3 billion deal for a Dutch offshore wind farm project will boost the renewables industry in Europe and provide clean energy to 1.5 million people.

The Gemini project, which will be built in the Dutch North Sea, signed a deal with a consortium led by Siemens. The German company will deliver 150 wind turbines to the park, which will have a total capacity of 600 megawatts.

The amount of energy that the park will provide is equivalent to reducing emissions of CO2 by 1.25 million tons per year, said Siemens.

“With the project we are entering one of the most important emerging offshore wind markets in Europe,” said Markus Tacke, CEO of the Wind Power Division of Siemens Energy.

The Consortium is led by Canadian firm Northland Power, 20% by Siemen’s Financial Services arm, and 10% by Dutch firm Van Oord. The final 10% is owned by a joint venture of 48 Dutch municipalities and six water regulatory authorities. Siemens said that this makes Gemini the largest-ever project-financed offshore wind farm.

The project will help the Netherlands to hit its target of generating 14% of its energy from renewables by 2020. Currently, the country has 2.7 gigawatts of wind power online, which it hopes to raise to 4.45GW by 20203.

John Brace, CEO of Northland, said: As the global leader in offshore wind turbine supply with more than 20 years of experience, the involvement of Siemens contributes to the solid structure of the project and will help us to deliver a high quality facility that will help to fulfill the Netherlands’ renewable energy targets.”