Billions at risk says Lloyd’s of London, as military planners say drought and famine could cause new Arab Spring 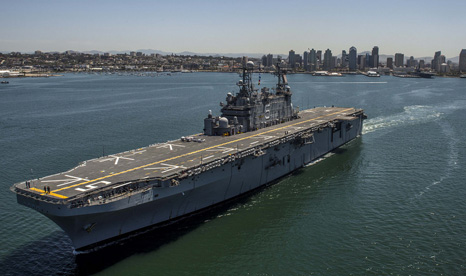 The world’s biggest and oldest insurance market, Lloyd’s of London, has published a report that urges insurers to include climate risks in their models. It says: “Scientific research points conclusively to the existence of climate change driven by human activity.

“Nevertheless, significant uncertainty remains on the nature and extent of the changes to our climate and the specific impacts this will generate. Many of the effects will become apparent over the coming decades and anticipating them will require forward projections, not solely historical data.”

Quoting the Munich Re insurance group , the World Bank says damage and weather-related losses around the world have increased from an annual average of $50bn in the 1980s to nearly $200bn over the last decade.

The Lloyd’s report was published the day after the US National Climate Assessment (NCA) warned Americans that climate change is already causing havoc across the country.

John Holdren, the White House science adviser, said the NCA was the “loudest and clearest alarm bell to date signalling the need to take urgent action to combat the threats to Americans from climate change”.

The Lloyd’s report says a 20cm rise in sea level at the southern tip of Manhattan Island increased Sandy’s surge losses by 30% (up to $8bn) in New York alone.

John Nelson, chairman of Lloyd’s, told the Guardian newspaper in London: “The destruction Sandy brought to the eastern US seaboard was responsible for claims of up to $300m in lost fine art, a consequence of the many expensive US beachfront homes damaged.”

Typhoon Haiyan, which devastated much of the Philippines and other parts of south-east Asia in November 2013, was one of the strongest tropical cyclones on record.

Trevor Maynard, head of exposure management and reinsurance at Lloyd’s, said: “Climate change is very much here to stay. Hurricanes are getting stronger worldwide, and especially over the north Atlantic. . .  At the moment we are heading for a rise of four degrees by the end of the century.”

It’s not only the insurers who believe that climate change is a real and growing risk. Increasingly, the prospect is preoccupying military planners.

A former US Navy officer, retired Vice-Admiral Lee Gunn, is reported by NBC News as saying that the 2011 Arab Spring uprising could in part be traced to a winter drought in China, plus record heat waves and flooding in several other countries, including Russia.

Gunn concluded: “There was a drought and a wheat shortage that resulted in an increase in wheat prices and, therefore, an increase in bread prices − a staple in North Africa.”

Speaking yesterday to the New York Times, US Secretary of State John Kerry spoke of wars that are already taking place as a result of water shortages.

“Think of what happens if you have massive dislocation, or the drying up of the waters of the Nile, of the major rivers in China and India,” he said. “The intelligence community takes it seriously, and it’s translated into action.”

NBC says US security experts are also concerned by possible threats to the rice harvest in south-east Asia, and specifically in Vietnam. They say the melting of the Himalayan glaciers would add to sea-level rise, ruining rice production and ravaging Bangladesh.

If it did, they believe, that could create a flow of refugees into India, and also threaten fresh water resources in India and Pakistan.

Dennis McGinn, the US Navy assistant secretary for energy, installations and environment, told NBC that there were also worries in military circles about unstable governments and fragile societies.

“The last thing in the world these nations need are the severe and more frequent effects of bad weather, including crop failures,” McGinn said.

“Therein is a recipe for the kind of instability that will inevitably involve the United States in humanitarian assistance, disaster relief or, indeed, in a regional conflict.”

A further report, by 16 retired generals and admirals, says climate change is a direct threat to national security and the US economy. The authors, members of the Military Advisory Board of the not-for-profit CNA Corporation, blame rising temperatures for, in part, worsening international tension.

Their study says that the impacts of climate change are already intensifying instability in vulnerable regions, especially the resource-rich and rapidly changing Arctic.

It says the projected impacts within the US will threaten its homeland security and major sectors of its economy.