IPCC should show the human face of climate science – report

The UN’s science reports need to be ‘more like CERN’ to have an impact on policy, says study 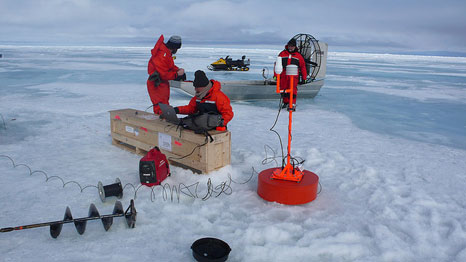 The UN’s climate science panel must show its human side to increase its impact on policymaking, a study recommends.

By adding a human dimension to its famously long and dry reports, the Intergovernmental Panel on Climate Change (IPCC) could end a 24-year stupor over its warnings on climate change, said the researchers, as a more compelling narrative would help engage the general public.

“It is worth reﬂecting on how many person-hours have been poured into the IPCC process over almost a quarter of a century, and how lacklustre the political and public response has been,” says the report, published today by the Climate Outreach and Information Network.

The IPCC publishes reports on the latest state of climate science and its impacts around every five years. Its fifth instalment was published between 2013-14, and warned that the human impact on the climate was “unequivocal” and that its impacts would be felt across every continent.

These documents, which assess the most recent science and provide a “Summary for Policymakers”, are meant to guide politicians in shaping policy to tackle climate change.

But despite increasing certainty from the scientists, the political response has been slow, and the problem may now lie in the presentation of the facts, rather than any lack of information, says the new report. Revealing the human side of the scientists and the impacts of climate change could help to sway public opinion.

“The IPCC is an incredible, inspirational, in many ways unprecedented undertaking. But it is perceived as a dry, bureaucratic and even secretive organisation. The IPCC has excised virtually all evidence of human life from its publications,” says the report.

The researchers interviewed journalists and communications experts on how the IPCC could better relay its message. They concluded that the IPCC should take its model from the CERN project, the particle accelerator which has fired people’s imaginations around the world with a narrative based on the excitement of science.

This could be done by allowing the hundreds of scientists involved in the reports to tell their personal stories – an injection of excitement that could also make the process appear more transparent.

“They can be fathers or grandfathers or mothers and grandmothers, and they can explain what the science means for their children and grandchildren,” said Christian Teriete, Communications Director at the Global Call for Climate Action.

“People watching an IPCC scientist on the BBC may respect the expert who explains the science to them, but they will connect and sympathize with the parent who is worried about their kids, because suddenly they can see themselves in this person and identify with the scientists.”

A more interesting tale could also help to win ground from climate change sceptics, who frequently try to discredit the IPCC. This, says the report, is based on the fact that “a deeply unengaging narrative that is based in fact may ﬁnd it extremely hard to compete with a compelling narrative based in falsehood.”

The authors write: “‘The balance of evidence leads many scientists to suggest that our emissions may be damaging the climate’ is, unfortunately, less inherently compelling than ‘rogue scientists are conspiring to fake evidence in order to secure larger research grants.’”