Fossil fuel subsidies in oil-rich countries should be replaced with extra money for the poor, says report 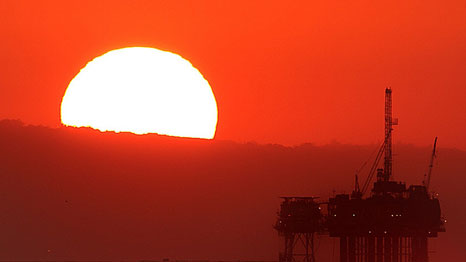 Oil-rich countries can save billions of dollars by replacing domestic energy subsidies with programmes which hand cash to poor households, a US report found.

Reforms are becoming more urgent as rising domestic demand in the Organization of the Petroleum Exporting Countries (OPEC) eats into a growing chunk of fossil fuel exports.

Saudi Arabia was a case in point, where oil consumption has risen from about 3% of production in the 1970s to about a quarter of production now.

“Saudi demand has surpassed that of much larger countries like Germany or Brazil. Implications for foregone revenues are massive,” found the report, “Navigating the Perils of Energy-Subsidy Reform in Exporting Countries”.

The world’s leading economies have committed at successive G20 summits to reduce fossil fuel subsidies, as way to cut carbon emissions and save money by reducing energy waste.

It is OPEC countries which are the main culprits, however, including regimes which may be more cautious than ever about removing benefits after popular revolts in Tunisia, Egypt and Syria.

“Fossil fuel subsidies have allowed energy exporting countries to distribute resource revenue, bolstering legitimacy for governments, many of which are not democratically elected,” said the report, published by the James Baker Institute for Public Policy at Rice University.

“Done properly, ending subsidies can add years to the longevity of exports, while keeping global markets supplied and reducing both local pollution and CO2 emissions.”

One solution was to liberalise energy prices and use the billions saved to hand cash to households in fuel poverty. External pressure, for example from development and environmental groups and multilateral agencies, could help raise domestic awareness and justify difficult policy changes.

“One factor that has been shown to enable action in difficult settings is external pressure,” the report said.

The report found that Turkmenistan spent the biggest portion of its national wealth on energy subsidies, at a fifth of GDP, while Iran topped the absolute value of subsidies, at $82 billion in 2011.

And Kuwait had some of the world’s cheapest electricity, with an average residential power price of 0.7 US cents per kilowatt hour, compared with residential power prices of 11.8 cents in the United States and 14.9 cents in Norway. The Kuwait retail price compared with a cost of power generation of 14 cents per kWh, implying huge public exchequer losses.

“Most electricity in Kuwait is generated using exportable liquid fuels such as crude oil and diesel, which implies a huge opportunity cost in lost revenue.”

“An end to gasoline subsidies in Saudi Arabia implies a reduction of demand by a third; and in Venezuela by 90%. Saudi Arabia charges domestic customers $5 for a barrel of crude that fetches $104 (now $110) outside its borders.”

The problem is raising energy prices in countries where people have grown accustomed to subsidies.

“The peril of raising prices has been demonstrated by recent unrest in Nigeria, Ecuador, Bolivia, and Jordan; in Iran’s gasoline riots of 2007; and the toppling of governments in OPEC members Indonesia in 1998 and Venezuela in 1993. In Venezuela in 1989, hundreds of people were killed in riots after the government attempted to raise gasoline prices.”

However, a step-by-step approach had worked, with most countries undertaking energy subsidy reforms at least partially successful, the report found citing data from the International Monetary Fund (IMF).

The report singled out Iran as an example of the way to go, replacing a major subsidy programme with a universal cash transfer for households.

The reform halved the value of the subsidies, at $100 billion in 2010, and allowed an increase in exports by suppressing domestic demand, it said.

“The government built support for the reform by creating bank accounts for each household and depositing monthly payments worth about $40 per person prior to the program’s launch. Recipients could only access those payments after prices were raised.”

The programme also illustrated how reform was a slow process, however, with the reform halted in 2012 by inflation and a lack of parliamentary support.