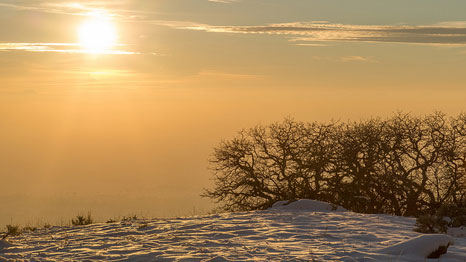 Ozone pollution will rise across almost the entire United States if global average surface temperatures continue to rise, scientists concluded in a study published this week.

The study, published in a journal of the American Geophysical Union, showed that Americans faced the risk of a 70% increase in unhealthy summertime ozone levels by 2050.

“The impact of predicted changes in regional climate and globally enhanced ozone is estimated to increase surface ozone over most of the US,” concluded the scientists from the National Center for Atmospheric Research and the  Pacific Northwest National Laboratory.

Tougher air pollution standards which reduced particulate and other emissions from cars could counteract such an increase, they said.

“This study confirms the key role of emission control strategies in future air quality projections and demonstrates the need for considering degradation of air quality with future climate change in emission policy making,” the report said.

Breathing ozone can cause inflammation in the deep lung (chronic obstructive pulmonary disease) and decreases in lung function according to a large literature as reported in a review reported in the American Journal of Preventive Medicine, in 2008.

A systematic analysis for the Global Burden of Disease Study, published in the Lancet in 2012, found that ozone pollution was responsible for about 200,000 premature deaths annually.

Ozone is produced from chemical reactions between nitrogen oxides (NOX) and volatile organic compounds such as methane and carbon monoxide. Such compounds are produced from burning fossil fuels in vehicles, and also from natural sources including plants and from wild fires.

In addition, in a hotter future climate with more extreme heat waves and drought conditions may increase the frequency of wildfires, also stimulating ozone production, and increase production of ozone precursors by plants.

The new study is unique for analyzing the relationship between ozone and climate change at a very high resolution, and for using a particularly powerful new supercomputer to simulate pollution levels hour by hour over several decades.

The impact of climate change on ozone levels is complicated by the increased destruction of ozone at higher humidity levels, as also expected under climate change.

In general, scientists have suggested that while average, background levels of ozone may fall in response to climate change, local levels particularly in polluted cities would rise as a result of the combined effect of higher temperatures and the production of ozone precursors from vehicles.

A recent report by the UN climate panel, the Intergovernmental Panel on Climate Change, concluded that climate change would cause a net increase in ozone in cities.

“Observational and modelling evidence indicates that, all else being equal, locally higher surface temperatures in polluted regions will trigger regional feedbacks in chemistry and local emissions that will increase peak levels of ozone,” the IPCC report said.