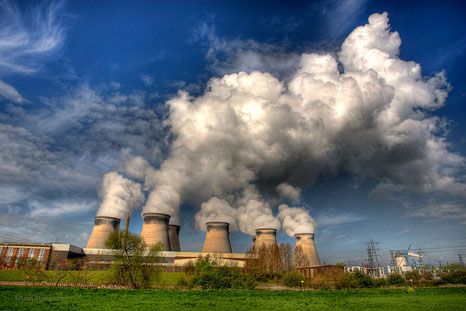 Fossil fuel divestment campaigners have released a hit list of 200 companies from which investors should remove their money.

The new Fossil Free Index identifies the 200 largest public fossil fuel companies, based upon the potential CO2 emissions embedded in their reserves. These reserves are growing, as companies continue to explore for new sources of fossil fuels.

The report, called ‘The Carbon Underground’, updates previous research by the Carbon Tracker Initiative, released in 2011, which concluded that the reserves of the top 200 companies exceeded the amount of CO2 they could fairly emit by 340%.

The new research increases this to 400%, based upon the latest reports from the UN’s climate science body, the IPCC, which quantified exactly how much carbon the world has left to burn before it exceeds 2C of warming, the limit agreed by governments across the world.

But to stay within this so-called ‘carbon budget’ between 60 and 80% of the fossil fuel reserves owned by publicly listed companies must stay in the ground, says Carbon Tracker.

The divestment movement is trying to achieve this end by persuading investors to remove their money from fossil fuel companies, starving them of finance and sending out the message that they do not condone their actions.

The movement has gained a number of high profile supporters, including Desmond Tutu who recently called for an “apartheid-style boycott” of the industry. A number of cities, colleges and religious institutions have already agreed to stop funding fossil fuels.

“The fossil fuel industry has gone even more rogue since we launched the divestment campaign in 2012,” said Jay Carmona, Divestment Campaign Manager at 350.org.

“Our carbon budget is shrinking, but fossil fuel companies keep loading more coal, oil and gas reserves onto the books. This is bad news for the economy and a catastrophe for the planet. Divestment makes more sense than ever.”

The divestment movement registered another success yesterday, with the announcement that BlackRock, the world’s largest fund manager, and the FTSE Group were launching the first set of indices that would specifically exclude companies linked to fossil fuels.

“We are increasingly seeing demand from our clients for indices that reflect their overall business culture and values,” said Mark Makepeace, CEO of FTSE Group.

“Innovation is at the core of all our products and we are pleased to develop this global benchmark to implement total exclusion of companies linked to this theme.”