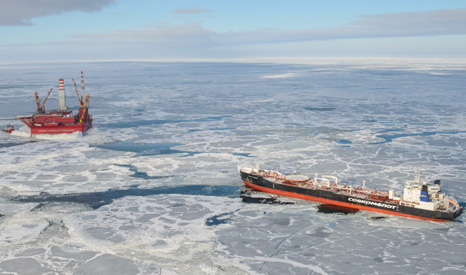 The oil was extracted by the Prirazlomnaya drilling platform, scene of protests in September 2013, when 28 Greenpeace campaigners and two journalists were imprisoned while monitoring its progress.

The campaign group has sent its Rainbow Warrior ship to intercept the Mikhail Ulyanov oil tanker, and escort it into European waters.

“As this tanker nears Europe the controversy surrounding it increases by the day,” said Greenpeace campaigner Ben Ayliffe.

“Buying the first shipment of offshore Arctic oil increases our dependence on Russian energy firms and only serves to strengthen President Putin’s hand in the geopolitical game he’s playing.” 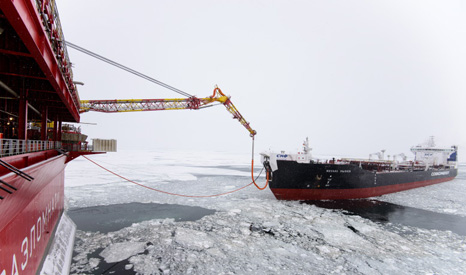 Green groups have watched with increasing alarm as interest in drilling for fossil fuels and minerals in the Arctic is increased.

Rapid ice melt in the region linked to global warming is likely to open up Arctic waters to shipping and industry.

The Arctic Circle could account for up to 20% of global oil and gas reserves, or around 412 billion barrels of oil equivalent (boe).

If this was burnt without any carbon capture technology it’s likely this would be enough to blow hopes of limiting warming to below 2C, a level deemed as ‘safe’ by politicians. 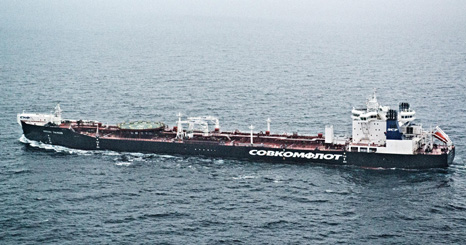 Previously Total’s CEO Christophe de Margerie said the company would not explore for oil in the region, saying the risk of environmental damage was too high.

““Oil on Greenland would be a disaster,” he told the Financial Times. “A leak would do too much damage to the image of the company.”