Congo deforestation could cause region to warm 3C by 2050 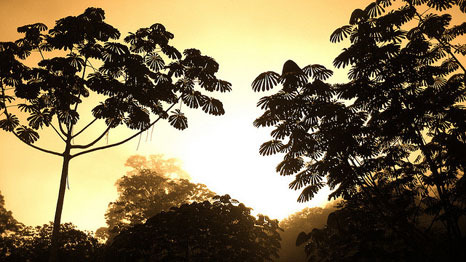 The Congo Basin will face disproportionately high levels of global warming by 2050 due to deforestation, researchers have warned.

Shrinking rainforest cover means the area will heat up by an additional 0.7C by mid-century, on top of the 1.4C increase from today’s temperatures that rising global greenhouse gas emissions are projected to cause.

This is in addition to the 0.85C of warming that the world has already experienced since industrial times, when humans started burning fossil fuels at scale.

This puts the Congo on track to hit around 3C of warming by the middle of the century, far exceeding the internationally agreed ‘safe’ target of 2C, with severe implications for the plants and animals in the forest.

“When you go to local hotspots of over 3C by 2050, you have some species which won’t be able to adapt to this temperature change,” said co-author Wim Thiery to RTCC.

He added that the fragmented landscape and the extreme sensitivity of tropical species to changes in the temperature would cause severe disruption to the environment.

The study, conducted by researchers from the University of Leuven in Belgium, was published in the American Meteorological Society’s Journal of Climate.

The Congo rainforest is the second largest rainforest in the world after the Amazon, covering nearly two million square kilometres of central Africa.

But growing populations and inefficient agricultural practises mean that the trees are being cut down. A recent study found that during the 1990s nearly 3,000 sq km of forest was felled each year, although this slowed to around 2,000 sq km between 2000 and 2010.

Globally, deforestation accounts for approximately a fifth of global greenhouse gas emissions, putting it second only to the energy sector, and contributing to the worldwide hike in temperatures.

This latest report, which the authors say uses the most realistic future scenarios of potential deforestation to date, shows that the loss of the rainforests also has severe impacts at a local level, due to reduced evaporation.

This also threatens precipitation levels across the region, say the researchers.

“Not only does deforestation in this region contribute to the global rise in temperature through CO2 emissions from wood burning, it also has a direct impact on the climate of Central Africa,” says Tom Akkermans, lead author of the study.

“The results point to the need to address the causes of deforestation in the Congo Basin.”