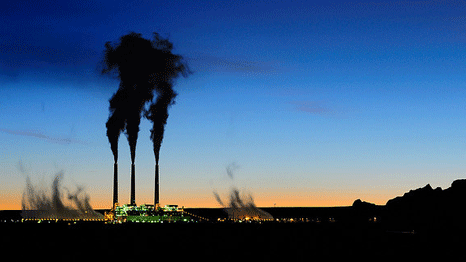 A Florida-based power plant has started running a new technology to reduce costs of cutting sulphur emissions from coal plants, the US Department of Energy said on Thursday.

The process is significant because it may cut the cost of building an advanced breed of coal plants, considered promising for cutting carbon emissions, but which are also more expensive than conventional coal plants.

The pilot project, based at the Polk Power Plant in Florida, tests a technology which avoids the need to cool down gases before the sulphur is removed.

That “warm gas cleanup” process would improve operating efficiency, and also cut the capital cost of building such advanced coal plants, by avoiding the need for expensive cooling and heat recovery systems.

A Department of Energy study calculated a 2 to 3% increase in efficiency, and a 6% reduction in the overall cost of electricity.

“It has the potential to improve the energy efficiency of removing pollutants from coal power plant emissions, reducing the overall cost of capturing carbon dioxide and other contaminant emissions from power plants while also increasing reliability,” the Department of Energy said, announcing the start up of the process.

The project was originally announced in 2009 and won $168 million under the American Recovery and Reinvestment Act.

IGCC power plants are considered more promising for cutting carbon emissions because they produce a much more concentrated stream of CO2 compared with conventional coal plants.

That should make it easier to capture the greenhouse gas from the exhaust gas, using a technology called carbon capture and storage (CCS).

CCS works by trapping CO2, compressing it, and pumping it underground, for example into saline aquifers or spent oil wells.

But high costs have prevented adoption, with no single commercial scale CCS power plant anywhere, and just two present under construction, in the United States and Canada.

US President Barack Obama has raised the stakes for CCS technology development by proposing rules for the regulation of CO2 emissions from new and existing coal plants.

Cheaper CCS technology will be critical to successful implementation of such proposed rules, including fending off litigation from utilities which have complained of a “war on coal”.

Power is generated both from combusting the hydrogen and using the hot waste gases to drive a steam turbine, making the process very efficient.

However, IGCC power plants are very expensive to build, even before accounting for the extra cost of capturing the CO2.