Solar plane set for fuel-free round the world trip 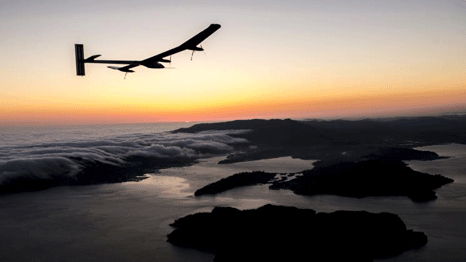 The solar plane that will attempt to make the world’s first fuel-free trip around the world has been unveiled in Switzerland.

The plane, called Solar Impulse 2, is powered by 17,000 solar cells built into its 72 metre wingspan. The team behind the venture hope to begin the journey in March next year. Last year, the prototype Solar Impulse 1 completed the first journey from the west to the east coast of the US without fuel.

The plane’s creators, an explorer and an engineer who have worked on the project for 12 years, presented the final product yesterday.

“A vision counts for nothing unless it is backed up by action,” said Bertrand Piccard, founder and Chairman of Solar Impulse.

“With 8 world records for Solar Impulse 1, the first solar aircraft capable of flying during the night, crossing two continents and flying over the United States, we have shown that clean technologies and renewable energies can accomplish the impossible.”

The route will take the pilot over the Arabian Sea, India, Burma, China, and the Atlantic Ocean. The entire journey will be completely powered by the sun. Lithium batteries are recharged during the day, storing enough renewable energy to allow the aircraft to fly on through the night.

The route will be as much of a test for the pilot as for the solar technology. The single seater  cabin is not pressurized or heated to ensure maximum efficiency. Pilots will fly for five consecutive days at a time, before landing at various milestones to exhibit the plane.

It doesn’t look like solar power planes will be making commercial journeys any time soon – Solar Impulse 2 needs wings larger than a Boeing 747-8I just to carry a weight of 2,300kg, the equivalent of a car. But, said Piccard, it is “probably the most spectacular” way to demonstrate the potential of renewable energy. 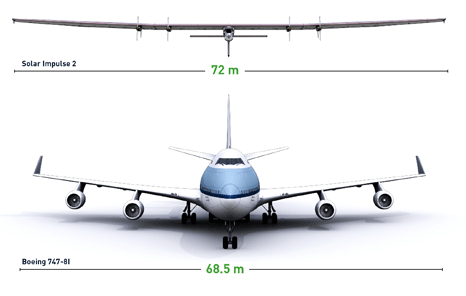 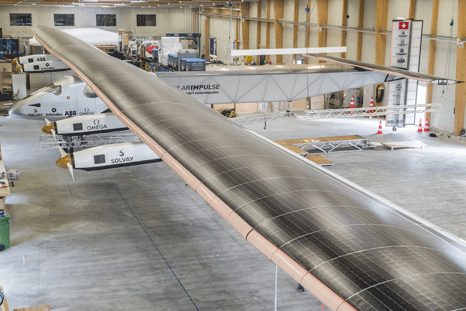