Nations must consider findings of IPCC when deciding whether to limit warming to 1.5 or 2C, say developed countries 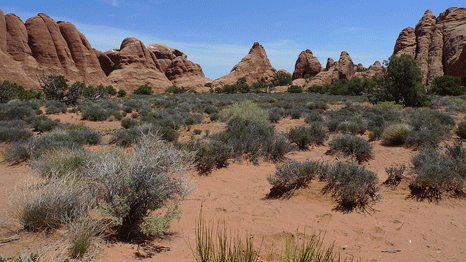 The United States and the European Union said that countries must use a recent climate report by a UN panel of scientists to review an agreed limit on global warming, but made no hint that they would urge greater ambition.

In 2010, countries agreed at a climate conference in Cancun, Mexico, to a long-term global goal to reduce greenhouse gas emissions which limited global average warming to below 2C above pre-industrial levels.

They also agreed to review whether the goal was ambitious enough, given the ultimate objective of a climate change convention they have signed to avoid dangerous climate change.

The Review would examine whether the goal should be strengthened, to limit a global average temperature rise to 1.5C.

The first review is from 2013 to 2015, and was timed to coincide with the publication of a major report by the Intergovernmental Panel on Climate Change (IPCC). World leaders would use the review to decide whether the 2C target was ambitious enough, at a major climate conference in Paris at the end of next year.

The recent IPCC report was published in three parts with the final instalment due this Sunday. The two IPCC instalments published so far have hardened the evidence for and expected impacts from manmade climate change, compared with the previous report six years ago.

The scientists are now more certain that manmade greenhouse gas emissions were responsible for observed warming. And they said that some consequences would be more serious than previously thought, including more rapid sea level rise in coming decades, and more serious impacts on crops from further expected warming.

In 2012, countries agreed to set up a process for reviewing the global warming target, including the science upon which to base a decision, called a “structured expert dialogue”.

The United Nations set a deadline of March 26 for countries to submit their proposals on the operation of the dialogue. Only developed countries met the deadline, in submissions published on Wednesday.

The United States, Canada, Japan, New Zealand and Norway made one collective submission, and the EU a separate note.

The United States and other countries said that the IPCC report would be a “key input”, in their collective note, essentially agreeing with the purpose of the review, as previously agreed, to take into account the IPCC findings.

They suggested “lines of enquiry” for the “structured expert dialogue” (SED), including expected climate impacts under scenarios of warming of 1.5 and 2C above pre-industrial levels.

The EU underlined that countries must consider the IPCC’s report in their review of the warming target, including direct contact with the report authors.

“It is essential that the latest results from the IPCC AR5 are considered fully within the SED,” the EU said.

“In the limited time available to complete the Review process it will be necessary that the SED can have an effective dialogue with the IPCC and the other bodies that can inform the 2013-2015 Review. In December 2015, (countries) will need to consider the adequacy of the global goal and the overall progress towards achieving it as agreed.”