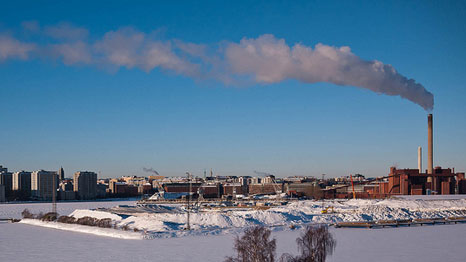 The European Commission has given limited backing for gas and coal power subsidies, which will boost conventional utilities caught out by a surge in renewable power, but may undermine carbon cuts.

Renewables have depressed profits for utilities in countries with a large, growing base of wind and solar power, such as Germany.

European wind and solar power are subsidised, have no fuel costs, and get priority grid access, meaning that when the sun is shining and wind blowing wholesale power prices can fall to near zero or even go negative, destroying the margins of gas and coal-fired power plants run by conventional electricity utilities.

Under capacity markets, utilities can bid for payments to keep their gas and coal-fired power plants available, instead of decommissioning them. In turn, that can reassure grid operators that electricity supply will continue to meet demand.

“With the increasing share of renewable energy sources, electricity generation is in many Member States shifting from a system of relatively stable and continuous supply towards a system with more numerous and small-scale supply of variable sources,” the Commission said in its note.

“The shift raises new challenges for ensuring generation adequacy,” it said, adding its qualified support for capacity markets to tackle the problem.

The Commission support will be a particular relief to Britain, which plans to hold its first capacity market auction for gas and coal power in December, pending state aid approval.

There will be some concern that renewable energy subsidies have now indirectly spawned additional support for coal and gas, and that both will raise European energy prices which are already some of the highest in the world.

“Aid to generation adequacy may contradict the objective of phasing out environmentally harmful subsidies including for fossil fuels,” the Commission said.

“Member States should therefore primarily consider alternative ways of achieving generation adequacy which do not have a negative impact on the objective of phasing out environmentally or economically harmful subsidies, such as facilitating demand side management and increasing interconnection capacity.”

The Commission added other conditions: countries should only subsidise coal and gas power capacity where there was an urgent need, such as a threat of blackouts, it said.

Britain has been careful to stress that risk, when launching its plans.

“The Capacity Market will help keep the lights on by driving new investment in gas and demand side capacity, as well as getting the best out of our existing generation fleet as we transition to a low carbon electricity future,” the Department of Energy and Climate Change said, when finalising the details for its capacity market last month.

The Commission also said that capacity markets should allow large energy users and owners of interconnectors to participate, by offering to reduce demand and to import electricity from overseas.

The proposed British market will allow energy users to participate, but has no concrete plans yet to involve interconnectors.