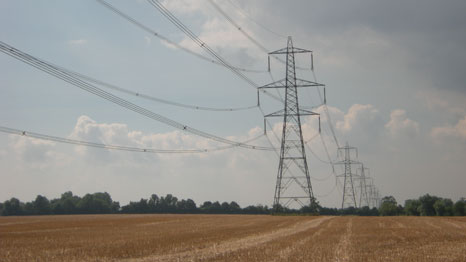 That new role in grid balancing reflects the growing maturity of renewable energy technologies, where their need for subsidies is also now being called into question as they near competitiveness with conventional fossil fuel power.

Until now, renewables have had favourable treatment across the European Union, as countries tried to meet ambitious, mandatory targets for installing wind and solar power under the bloc’s 2009 renewable energy directive.

The directive discouraged grid operators from switching off, or curtailing, wind farms to balance the grid at times of weak demand.

That is now changing, however, as countries become increasingly dependent upon wind, as a growing share of total generating capacity. In addition, wind power itself is contributing to less stable electricity grids, because of occasional weather forecasting errors.

The National Grid pays electricity generators to switch off at times of unexpectedly low demand, under its so-called balancing mechanism. For example, it relies on a regulating reserve of power plants to switch off at particularly short notice.

“As demand drops over the summer and fewer flexible generators run overnight, it will be necessary to call upon large wind farms to provide these services,” the grid operator said, in its “Summer Outlook 2014” report published on Monday.

“With increasing installed wind capacity it has become economic to carry a proportion of regulating reserve on large wind farms when it is windy. This has resulted in the occasional short curtailment instruction being issued to wind farms over the last few months.”

“The number of these short curtailment instructions given to wind farms is likely to increase as the demand drops towards the summer minimums and fewer flexible generators run overnight.”

The report does not report electricity flows on the country’s lower voltage distribution network, and so paid less attention to very small-scale renewable power such as roof-top solar.

The National Grid reported that Britain’s electricity demand on transmissions networks had fallen consistently since 2006, reflecting partly a growth in small-scale renewable power, and also an overall decline in national electricity consumption even as the country’s economy grew in the aftermath of the global financial crisis.

“Since 2006 the demand on the transmission system has been dropping consistently. This is partly due to the generation connecting to the lower voltage distribution networks which includes renewables and smaller scale conventional sources of generation. There are also reductions in energy usage, due to energy efficiency measures and behavioural change. We believe this is likely to continue.”

Looking ahead to the summer, the grid operator said that it expected generating capacity to vary between 43.1 and 76.4 gigawatts, far greater than demand which was expected to vary between 19 and 38.4 GW.

As a result, the National Grid expected to have to curtail power generation from time to time.