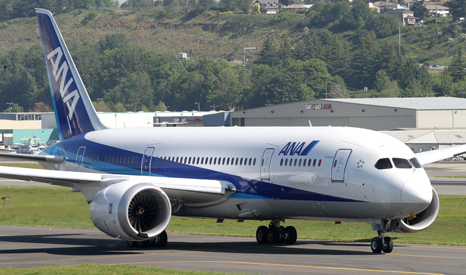 Europe was ‘bullied’ by Russia, China and the USA into watering down its aviation emissions trading system this week, say observers close to the process.

A European Parliament vote today backed plans drawn up by lawmakers to make long haul flights exempt from any penalties until 2016, scrapping hopes that all flights in EU airspace would be covered by the ETS.

Brussels-based NGO Transport & Environment says MEPs capitulated to “pressure, bullying and threats” from industry criticism led by Airbus and countries outside the EU.

“Just when the IPCC’s latest report shows how climate change is already affecting every aspect of human life, European governments and politicians have chosen to effectively scrap the only law in the world that attempts to curb aviation’s soaring emissions,” said Bill Hemmings, aviation manager at T&E.

Jason Anderson, Head of European Climate and Energy Policy at WWF, said the EU has “compromised too much” with the decision, which could see the aviation emissions covered drop by 75%.

The news will please non-EU countries and the bloc’s aviation industry, which had lobbied heavily against the ETS covering flights in and out of the region.

@CHedegaardEU do you agree with @transenv that the EU was “bullied” into this decision by China, Russia and the US?

The aviation sector is responsible for around 5% of global carbon emissions, a figure expected to rise to 15% later this century.

EU officials say the decision will allow talks on a global deal under to the UN’s aviation body, ICAO, to proceed more smoothly.

EU Climate chief Connie Hedegaard, who backed the compromise, tweeted: “@europarl vote on #ETSaviation is better than no result. Now pressure is on the rest of the world to move forward and agree a global MBMU countries”

Her spokesperson, Isaac Valero, was rather more blunt: “Aviation – the good: there’s an outcome – the bad: not the highest level of ambition – the ugly: fierce lobbying. Let’s move on, for now.”

Last year ICAO outlined plans for a ‘market based measure’ with possible adoption in 2016 and implementation by 2020.

If ICAO fails to come up with workable proposals to shrink the sector’s carbon footprint, the Commission’s original provision will be imposed on all flights taking off and landing in the EU from 2017.