NEWS: Shorter shipping route could cut emissions and the costs of trade, but with increased environmental risks 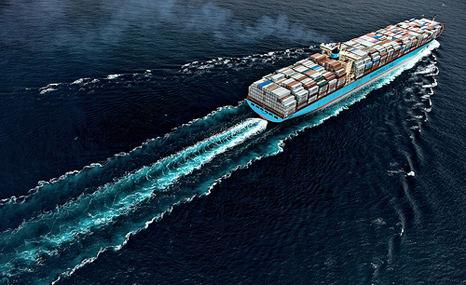 A warming Arctic will see ice-free conditions for as long as 125 days each summer by the middle of the century, increasing the likelihood for commodity shipping, according to a new report by the U.N. climate panel.

The Arctic has warmed at about twice the global rate in the past three decades, contributing towards record low sea ice in the summer of 2007 and again in 2012.

Ice-free summers could open up new, trans-Arctic shipping through the Northwest Passage and Northern Sea Route over northern Canada and Russia.

“The Northern Sea Route (NSR) is predicted to have up to 125 days per year suitable for navigation by 2050,” said the Intergovernmental Panel on Climate Change (IPCC), in a leaked report due to be published next Monday.

The NSR is open for about 50 days at present.

“Increased shipping associated with the opening of the NSR will lead to increased resource extraction on land and in the sea, and with two-way commodity flows between the Atlantic and Pacific,” the IPCC said.

Shipping accounts for 80% of world trade by volume and about 3% of global carbon dioxide emissions. Shorter shipping routes could therefore cut both emissions and the costs of trade.

The IPCC report, leaked online, is the second of a three-part publication on climate change.

So far, ice-free summers have been most exploited by a rapid increase in tourism.

“Climate change has increased the prevalence of cruise tourism throughout Greenland, Norway, Alaska and Canada because of decreasing sea ice extent,” the IPCC said.

“Loss of sea ice may open up waterways and opportunities for increased cruise traffic and add to an already rapid increase in cruise tourism.”

The route is presently unreliable for regular, commercial freight, given its seasonality and unpredictability.

“The potential full operation of the Northwest Passage and Northern Sea Route would require a transit management regime, regulation (e.g., navigation, environmental, safety, and security), and a clear legal framework to address potential territorial claims that may arise, with a number of countries having direct interest in the Arctic,” the IPCC said.

The report quoted research that the Northern Sea Route may already be profitable for minor bulk trades which have no fixed routing and are available at short notice.

That is in contrast to a liner service which operates within a schedule and a fixed port rotation.

Shipping from Shanghai to Rotterdam via the Northern Sea Route is shorter by 40 percent or some 2,500 nautical miles compared with the alternative via the Suez Canal, the IPCC said.

The Arctic summer sea ice extent has shrunk by around 10 percent per decade since the late 1970s, and the region is expected to be almost entirely sea ice-free each summer before the middle of the century if carbon emissions continue to rise.

There are downsides to increased shipping.

These include disruption to fish and marine mammals during their vulnerable breeding season, which coincides with the shipping season in late spring and summer.

In addition, added shipping and economic activity would increase the amount of soot pollution deposited on the ice locally, which is known to reinforce warming trends, while increased shipping traffic could interfere with indigenous peoples.