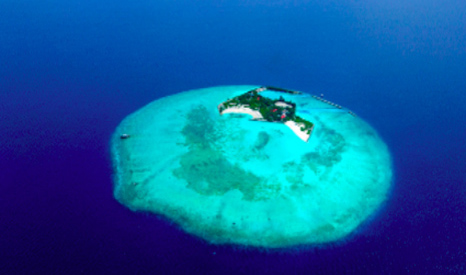 Slower sea level rise in the past decade is due to the influence of natural weather patterns and especially the El Nino cycle, scientists say.

Climate change is causing sea level rise both through thermal expansion, where the sea expands as it warms, and through melting of glaciers and ice sheets, which is adding to the amount of water in the sea.

But natural variation can change the rate of sea level rise from year to year.

After removing for the effect of such short-term influences, sea levels have risen very consistently by just over 3 millimetres a year since the 1990s, found the scientists publishing in the journal Nature Climate Change.

“There is no rate difference between the 1990s and the 2000s: the global mean sea level has almost linearly increased during the past 20 years,” they concluded.

The research may also help explain a recent slowdown in global surface warming, hinting that additional heat has been sequestered in the deep oceans, they said.

During the El Nino phase, there is more rainfall over the sea, effectively transferring water from the land to the oceans, while the reverse is true in the La Nina phase.

Following a major El Nino in 1997/1998, the past decade has favoured La Nina episodes.

“The succession of La Niña episodes during recent years has led to temporary negative anomalies of several millimetres in the global mean sea level, possibly causing the apparent reduction of the GMSL (global mean sea level) rate of the past decade,” the authors said.

They quantified such short-term variation, and subtracted it from the longer term trend of rising sea levels attributed to climate change.

The slower observed sea level rise of the past decade coincides with a slowing in global average surface warming.

That so-called pause in warming has puzzled scientists, because measurements show that the Earth remains out of energy balance, absorbing more heat from the sun than it is radiating back into space, implying that the world should be warming up.

That has driven a search for the “missing energy”.

The finding that sea levels are continuing to rise – after correcting for short-term variation – supports the theory that the missing heat may be accumulating in the deep oceans, as supported by recent deep ocean monitoring.

As seas warm they expand, contributing to sea level rise.

“The larger global mean sea level rate calculated during the past decade than previously believed would be compatible with a significant warming contribution from the deep ocean,” they said.

“This heat may be sequestered into the deep ocean during decades of large ocean atmosphere natural variability, highlighting once more, as shown here, the role of short-term natural variability on longer-term change, probably associated with global warming.”