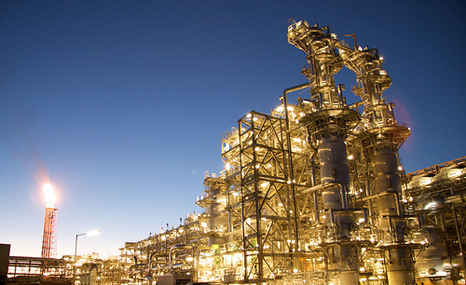 Oil and gas giant Exxon has agreed to reveal how the risks linked to climate change will affect its future business plans.

In response to a shareholder resolution the company says it will produce a Carbon Asset Risk report, examining if new climate regulations could force it to leave its reserves in the ground.

“We’re gratified that ExxonMobil has agreed to drop their opposition to our proposal and address this very real risk,” said Natasha Lamb from Arjuna Capital, one of the groups that had submitted the resolution.

“As investors, we want to ensure our Companies’ capital will yield strong returns, and we are not throwing good money after bad.”

A report by the UK-based Carbon Tracker Institute last year highlighted that $674bn of annual investments in fossil fuel reserves could be at risk if governments adopt tougher climate laws.

Next year countries are scheduled to agree a global emissions reduction package at UN aimed at ensuring the planet avoids warming beyond 2C, a level deemed dangerous.

Scientists say most fossil fuels will have to stay in the ground to avoid further warming. Currently, the balance sheets of the 200 largest coal, oil, and gas companies are valued at $20 trillion.

ExxonMobil is rated as the world’s fourth largest fossil fuel company. At the end of 2013 its reserves equalled 25.2 billion oil-equivalent barrels, roughly split between oil and gas.

“A careful and detailed assessment of the potential for stranded assets is an important first step for all fossil fuel companies, and we’re encouraged by Exxon Mobil’s commitment to publish this report,” said Andrew Logan, Director of Ceres’ Oil and Gas Program.

“Moving forward, Ceres and its Investor Network on Climate Risk will be looking for concrete commitments by companies to avoid making riskier investments in the most carbon-intensive assets, which would demonstrate the companies’ ability to adapt as the world transitions to a low-carbon economy.”