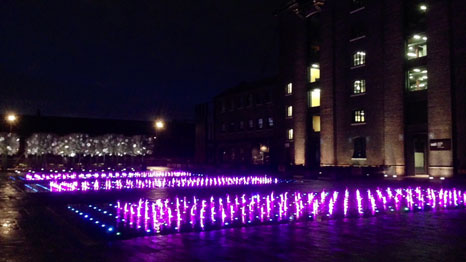 The cost of ultra efficient LED lamps will more than halve by the end of the decade, and their efficiency almost double, the US Department of Energy said on Wednesday.

Such advances would further cement the technology’s transformation of the world lighting market.

Light emitting diode (LEDs) are taking over because of their greater efficiency, longer lifetimes and adaptability to smart digital services including remote wireless control.

European companies presently lead in the manufacture of LEDs, with two of the top four producers in Netherlands-based Philips and Germany’s OSRAM, in an increasingly crowded market with about 6,000 competitors, according to the independent analysts Frost & Sullivan.

Such rising competition reflects the scale of opportunity, with LEDs making rapid inroads in the $100 billion annual global lamp market.

LEDs are made of semiconductors that convert electrical current into light. Light bulb efficiency is measured in light output per unit of power consumption, defined as lumens per watt.

The US Energy Information Administration (EIA) is the statistical arm of the Department of Energy, and reported its projections for LED prices and efficiency through the rest of the decade, in an early release of its set-piece Annual Energy Outlook which will be published in full in April.

LEDs would produce more than 150 lumens per watt by 2020, compared with present performance of about 83 lumens, the EIA said.

LEDs are more expensive than their rivals, but prices have plummeted 85% since 2008, according to the Department of Energy.

The EIA projected that costs would continue to fall, more than halving to less than $5 in 2020, from about $10 now for an LED-equivalent to a traditional 60 watt incandescent bulb.

The EIA was unclear whether it was referring to the cost of production, or retail price of LEDs; online suppliers are presently retailing 60W-equivalent LEDs for as little as $10 each.

LEDs have the additional advantage of a longer lifespan: the U.S. Department of Energy estimates that LEDs presently last 30,000 to 50,000 hours, compared with 8,000 to 10,000 hours for CFLs and 1,000 hours for a typical incandescent bulb.

LEDs presently account for about a fifth of global annual lighting sales and this will rise to nearly half in 2017, with sales growing around 32% annually, according to Frost & Sullivan.

LED lamps are an example of the potential for efficiency technologies to address both competitiveness and climate goals, two agendas sometimes considered at loggerheads.

Leadership in the LED market confers huge export opportunities, while their superior efficiency could also help meet targets to curb carbon emissions, given that lighting accounts for about 15% of global electricity consumption, most of which is generated from burning fossil fuels.

“As efficiency increases, residential electricity consumption for lighting declines over time,” the EIA said on Wednesday.

The United States has introduced efficiency standards for lighting which ratchet over time under the 2007 Energy Independence and Security Act. At the start of this year traditional 40W-60W incandescent bulbs were withdrawn from sale, following 75W-100W bulbs. The EU has phased out incandescent bulbs.

Asia narrowly leads in LED market penetration, a recent report by the analysts McKinsey shows, suggesting that the EU can be more ambitious on efficiency, as European leaders met in Brussels on Thursday to discuss energy and climate targets through 2030.