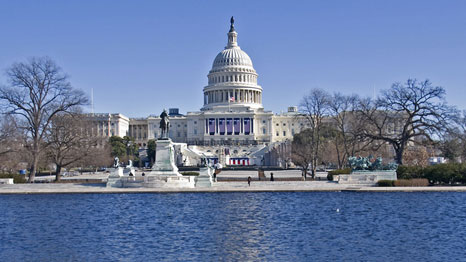 The White House has launched an open data website so that Americans can see for themselves how and where they will be affected by the impacts of climate change.

The site, climate.data.gov, draws together information gathered by government agencies, including NOAA, NASA, the US Geological Survey and the Department of Defense.

And to cater for those who would rather not trawl through spreadsheets to find out if their back garden is at risk of flooding, the White House has announced that it will partner with tech companies, including Google, in order to make the information more accessible.

Harnessing the “ingenuity, creativity, and expertise” of Google and others, the data “will help create easy-to-use tools for regional planners, farmers, hospitals, and businesses across the country—and empower America’s communities to prepare themselves for the future,” wrote John Podesta and John P Holdren, advisors to President Obama on the White House website.

The first set of data concerns sea level rise and coastal flooding. Hurricane Sandy, which hit New York in 2012, showed the vulnerability of this city in particular to violent storm surges due to sea level rise: it is estimated to have caused US$ 50billion in damage.

While the data won’t help to prevent these kinds of extreme weather events, it could help residents figure out what action they ought to be taking to ensure they are prepared for them when they hit.

Google has donated 50 million hours of computer time on its Google Earth platform, and has challenged its users to build an online map that will help communities track possible impacts of climate change.

NASA has also launched a contest as part of its “Space Apps Challenge” for hackers and data viz enthusiasts to use the government data to come up with tools to help communities prepare for climate change.

During his second term in the White House, Obama has increasingly focused on the issue of climate change, which he hopes will form part of his legacy.

The idea for an open data project was first aired in the President’s Climate Action Plan, which he launched last June. This contained a number of other important measures to reduce emissions, including new standards for both new and existing power plants.

This has been accompanied by a growing reputation for a more cooperative approach within international negotiations to reach a climate deal, which is due to be signed off in 2015.