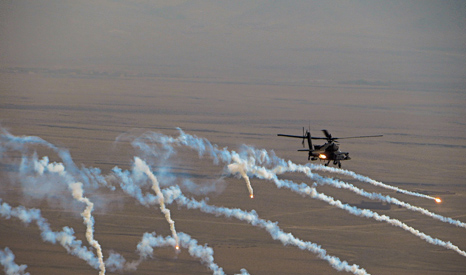 The consequences of uncontrolled global warming could resemble a 100-year war, according to a senior US Army officer who specialises in environmental security.

“This is like getting embroiled in a war that lasts 100 years. That’s the scariest thing for us,” he told RTCC. “There is no exit strategy that is available for many of the problems.  You can see in military history, when they don’t have fixed durations, that’s when you’re most likely to not win.”

He cites Afghanistan, Haiti, Chad, Somalia and Sudan as areas with ‘extreme’ levels of environmental risk, meaning they struggle to offer a sustainable environmental setting that provides for basic human needs.

These countries, already suffering from localised conflicts, famine and drought, could be placed under intense stress by the impacts of climate change.

Afghanistan’s average temperature could soar 4C by 2090 and precipitation rates fall by 5-20% this century, while water levels could be affected by glacier melt in the Hindu Kush.

“Until you can secure an environment that can look after the population they’ve got, which is fast-growing still, how do you get back to a stable and sustainable condition that you can then build a social and political structure on?” he said. 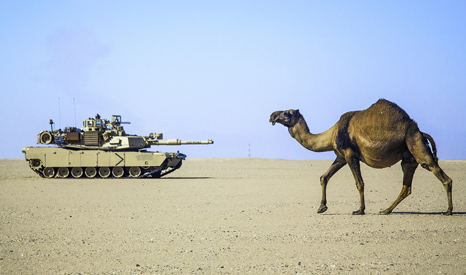 A forthcoming UN climate science study will warn crops could die out as a result of warmer temperatures (Pic: US Army)

A US military assessment delivered to President Barack Obama two weeks ago said poverty, pollution and political instability were likely consequences of a warming world.

The analysis built on the findings of the IPCC, the UN’s climate science panel, which says most scenarios “project increasing environmental degradation.”

King, who retired from active duty with 33 years’ experience in the Army, describes the IPCC’s research as “the best defence intelligence we’ve ever gotten.”

“We go out and spend a mass of money on intelligence, trying to figure out what’s out there that’s going to be a threat,” he said. “In this case somebody did it for us, and did it quite well I believe. It’s as complete a data set and analysis of a strategic security threat that we will see.”

IPCC scientists will meet in Yokohama, Japan next week to release the second of three instalments reviewing climate change, focused on impacts.

Leaked drafts indicate it will say the signs of climate change are everywhere, from melting glaciers and sea ice to more frequent wild fires, extreme heat waves and damaged crops.

“With or without adaptation climate change will reduce median (crop) yields by 0 to 2% per decade for the rest of this century as compared to a baseline without climate change,” a version published online reads.

On Tuesday one of the USA’s premier scientific establishments, the American Association for the Advancement of Scientists (AAAS) also warned of the security implications of climate change in a study called What We Know.

“In the context of other global dynamics that give rise to political instability, and societal tensions, changes in climate are considered as potential threat multipliers or instability,” it said.

“Disturbingly, scientists do not know how much warming is required to trigger such changes to the climate system,” it added.

AAAS: The world is heading for a ‘blind curve’