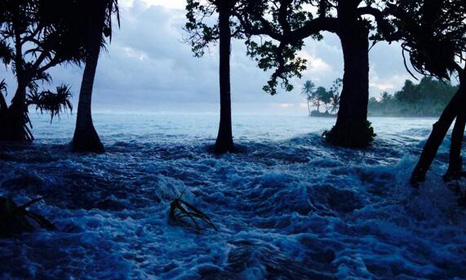 Formal negotiations on a global climate change treaty will start in June, after pressure from a broad coalition of developing countries moved officials to accelerate the process.

UN officials have decided to establish specific groups to work on the agreement on Friday. These will come into effect when parties meet again for talks scheduled in three months time.

Bangladesh envoy Quamrul Chowdhury, lead negotiator for the 49-strong Least Developed Countries bloc, told RTCC the decision was a “positive move” towards the process of creating the final text.

Countries have already agreed a draft text will be ready by the UN’s annual climate conference in Lima in December—the final stage before it is due to be signed off in Paris next year.

Oleg Shamanov, lead negotiator for Russia, told RTCC that he was “not strictly opposed” to the new structure, but considered it an “artificial discussion” that would have little impact on the negotiations themselves.

“Why are we doing this?” he questioned. “Just to send a signal to the outside world that we have moved onto negotiating mode?”

During a lively evening meeting in Bonn, Swiss negotiator Franz Perrez said he was “sceptical” that this was the right moment to move towards contact groups.

An EU negotiator told RTCC that that he was happy with the conclusion of the meeting and was “relatively relaxed” about how the discussions go forward.

He added that the EU had not initially favoured the move into contact groups, since they believed that good progress had already been made over the last two years in the current format. “Why try to fix something that wasn’t broken?” he said.

The row over whether work on the final text should continue in smaller, official “contact groups” or in larger open discussions between all parties appears to be a symptom of wider mistrust in at the talks.

What began as a procedural discussion on how the text should be constructed has brewed into one of the biggest issues at ongoing UN talks this week in Bonn.

Many developing countries have expressed frustration at the slow-turning cogs of the UN process, which has so far fallen short of delivering much in the way of either mitigation or finance pledges.

Developing countries seem to believe a more formal approach will hold countries to account, while the US, EU and Switzerland support more fluid negotiations, which they say will allow more ideas and concepts to be discussed.

Many negotiators fear a repeat of the 2009 climate summit in Copenhagen, when countries were left debating a text that UK official Pete Betts described as looking like an “encyclopedia…or a telephone directory.”

Alden Meyer from the Union of Concerned Scientists told RTCC: “There were a number of developed country parties who expressed a concern about this turning into something that produced an unwieldy text before they had conceptual agreement on the elements of the 2015 deal in Paris.”