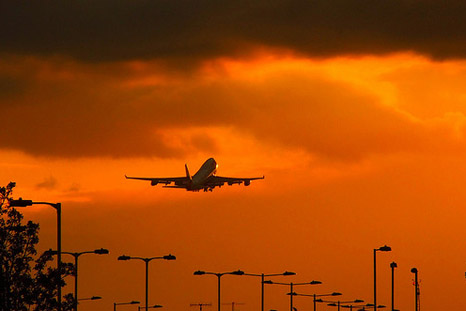 Long-haul carriers get until 2016 to come up with plan to cut CO2 from aviation sector. (Source: Flickr/travelsofamonkey)

Long-haul flights will remain exempt from the EU’s emissions trading scheme until 2016 after a provisional deal was reached yesterday by lawmakers in Brussels, meaning more time for the global aviation industry to decide how to shrink its large carbon footprint.

Negotiators from the European Parliament, the EU Commission and the EU presidency have agreed to extend the current suspension of regulations for intercontinental flights, measures that will be put to a meeting of member states on Friday.

A vote in the European Parliament early next month is expected to back the deal, which would give the UN’s aviation agency, ICAO, more time to come up with a plan on how to cut emissions from a sector estimated to account for 5% of manmade global warming.

“With today’s deal, European governments have conceded again to international pressure without getting anything meaningful in return, let alone guarantees that soaring international aviation emissions will one day be tackled,” said Bill Hemmings, aviation manager at campaign group Transport & Environment in a statement.

Peter Groote, a German MEP who was one of the negotiators for yesterday’s deal, said ICAO’s next general assembly in 2016 would need to produce international agreement on  a global market-based scheme to cut CO2 emissions to take force after 2020.

However if the International Civil Aviation Organisation fails to come up with workable proposals to shrink the sector’s carbon footprint, the European Commission’s original provision would be imposed on all flights taking off and landing in the EU from 2017.

Currently, only flights within the EU have to buy carbon permits, accounting for just a quarter of the emissions covered by the original scheme.

The EU’s suspension in 2012 of laws applying to long-haul flights, known as ‘stop the clock’, was widely viewed as concession to the global aviation industry by allowing it a year to come up with workable proposals to cut emissions.

But progress since then has been slow, and last October ICAO only agreed to draw up a compact on emissions by 2020, rather than putting measures into force by the end of the decade.

Green groups and Brussels sources say France, Germany and the UK – the main partners in Europe’s airplane manufacturer Airbus – had taken the lead in yesterday’s decision.

Until the EU emissions law was suspended in 2012, countries including the US, China and India railed against what they termed a breach of national sovereignty and warned  of a trade war.

This could have meant cancellations of orders for Airbus planes, a move the company warned could have cost thousands of well-paid and highly-skilled jobs in Europe.