Russia-Ukraine tension could be catalyst for EU 2030 targets

Tension with gas supplier Russia to spur push for domestic energy, but not only renewables would benefit 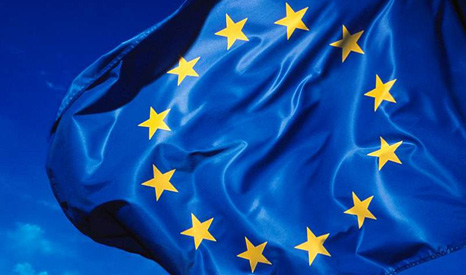 EU leaders look unlikely to agree on a 2030 carbon reduction target later this month as some countries may ask for more time, but the current military stand-off between Russia and Ukraine could speed up co-operation within the 28-nation bloc on reducing reliance on imported fossil fuels.

Growing fears about the reliability of future gas supplies has loomed large in the background of a meeting of 28 environment ministers meeting in Brussels, which is setting the tone for a summit meeting later this month of heads of government, which will discuss climate and energy policy.

Today’s session of the European Energy Council heard that improving electricity links between member states, improving efficiency and hastening the development of domestic sources of energy would be essential if Europe is to avoid dependence on expensive imported energy.

“We must grasp the chance to rebuild our energy infrastructure in a way that protects the EU from price shocks and volatile markets, that dramatically reduces our reliance on foreign imports and that creates a sustainable supply of home-grown energy,” the UK’s Secretary of State for Energy and Climate Change said on his ministry’s website today.

Although Davey didn’t mention Russia by name, he drew attention to estimates that the EU is on course to be dependent on imports for 80% of its gas by 2035.

Russia currently supplies around a third of Europe’s gas imports, but that share could rise in future decades as supplies from the North Sea dwindle.

Russia and Gazprom are reliable suppliers to western Europe through direct supply links such as Nordstream, but gas transited through a Ukraine pipeline to the EU was disrupted by a price dispute in 2006 between Moscow and Kiev.

Then, shortages of gas and a subsequent price spike made EU member states such as the UK increasingly wary of any possible long-term dependence on Russian gas, particularly at times of major political tension.

“Energy security was a major consideration at the Environment Council Meeting, there’ll be stronger push two weeks from now for collective action to boost indigenous energy supply, “ said Nick Mabey of consultancy E3G and a former advisor to the UK government.

An increased roll-out of renewables to meet a proposed EU-wide target of 27% share of overall energy use (and 45% of electricity generation) would require member states to agree a network of interconnectors between them to even out demand and supply differences across the bloc.

Mabey added: “While countries had been arguing for more flexibility – for example on energy efficiency – Ukraine will drive concerns with energy security which should drive greater willingness for coordinated European action to improve energy security across Europe.”

But for some, such as EU Energy Commissioner Gunther Oettinger, energy security shouldn’t rule out the promotion of gas from sources other than Russia.

At today’s meeting the commissioner called on member states to build more terminals to import liquefied natural gas, overcome opposition to fracking in Europe and develop new gas fields in the eastern Mediterranean.

“If we lose the opportunity through a moratorium (on shale gas) we would play into the hands of Putin,” the Commissioner said today.

Green groups say a further ramping up of renewables to enhance domestic energy supply – backed by tough national targets on the use of wind, solar and hydro – will be cheaper, faster, cleaner and more likely way of meeting a 40% greenhouse gas reduction target by 2030.

An agreement over the next few months that 40% should be the target would likely form the basis of the EU’s offer at UN climate talks scheduled later this year, but Poland has said 2015 is a better time, as by then other negotiating blocs will likely have shown their hand.