Australia almost a degree hotter than it was in 1910, as government tries to repeal climate laws 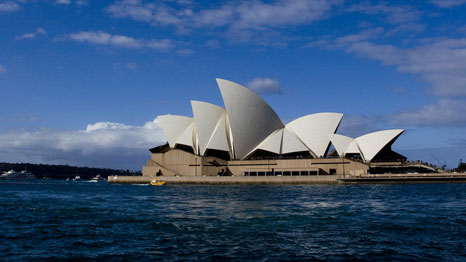 The average day in Australia is 0.9C hotter today than it was in 1910, according to today’s State of the Climate report.

Compiled by Australia’s Bureau of Meteorology and the Commonwealth Scientific and Industrial Research Organisation (CSIRO), the report confirms that Australia is getting hotter on average, while heat waves have become longer, more frequent and more intense.

Fire is also becoming a more regular occurrence, with activity intensifying at 24 of the 38 climate reference points monitored since the 1970s.

It is a trend that the scientists predict will accelerate unless there are dramatic efforts to reduce emissions of greenhouse gases.

If emissions continue to grow at the same pace as over the last decade, Australia could be 5C warmer by 2070. Even under the most positive emissions reductions scenario, Australia will be 1 to 2.5C warmer.

The gravity of the report is in sharp contrast to the country’s current efforts to address rising levels of global greenhouse gases.

Under the Kyoto Protocol, Australia is committed to reducing its emissions 5% on 1990 level by 2020 – a cut which falls far short of the steep reduction needed if the world is to stay below 2C of warming, which is the level at which scientists have predicted the level of warming will become unbearable.

A report released last week by Australia’s Climate Change Authority recommended a new target of a 19% reduction by 2020, followed by a 40-50% target by 2030. This is “a more appropriate response to the latest science and a more manageable spread of efforts over the decades ahead”, the report said.

It added that the global pace of action to tackle climate change justified a greater effort on the part of the Australian administration to reduce the country’s emissions.

But the government has so far been unwilling to scale up its climate change policies. Since his election, Abbott has worked to repeal environmental laws passed by the previous Labor government, although he has faced tough opposition from environmentalists and politicians from other parties.

His attempts to abolish the Climate Change Authority, an advisory panel to the government, were foiled by Senators yesterday, who voted down the bill.

The political tussle between Labor, Greens and the ruling Coalition party will heat up further in July, when Abbott says he will try to push through legislation to abolish Australia’s carbon tax – a price on pollution that acts as a disincentive to burning fossil fuels unabated.

Abbott has continued to brush aside links between climate change, bushfires and extremes in weather, accusing UN climate chief Christiana Figueres of “talking through her hat” when she said last October that fires in New South Wales showed that the world was “already paying the price of carbon”.

Environmentalists hope that the latest report will provide another reminder to the government of the need to do more to tackle climate change.

“The Government’s self-identified ‘primary advisers’ on climate, BoM and CSIRO today clearly linked carbon emissions, climate change, fire and drought in stark contrast to their own reluctance to do so,” said John Connor, CEO of The Climate Institute.

“This report from the Government’s primary climate advisers should put an end to the reluctance of our political and business leaders to accept the risks and costs to Australia of inadequate climate action.”