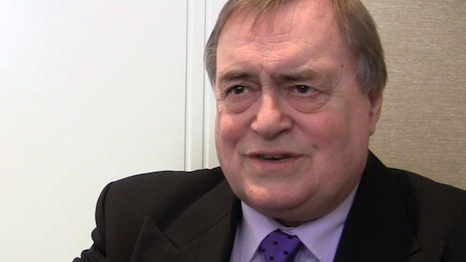 The current UK government has a “confused” attitude to climate change, according to the country’s former deputy prime minister John Prescott.

He says the government has failed adequately explain how it intends to cut UK carbon emissions, and suggests Prime Minister David Cameron has backtracked since 2006, when he posed with huskies in the Arctic.

“I don’t think they can make up their mind,” he told RTCC in an interview. “Are they going to be the greenest government? But we have the piece of legislation [2008 Climate Change Act]—we can still lead the world on it.”

On Sunday he wrote an open letter to Cameron in a newspaper, confessing that although he was not the prime minister’s “biggest fan” he was willing to work with the Coalition to secure a global climate change treaty.

“Maybe I’m naive, but when you said in opposition to Vote Blue and Go Green, I assumed it was an acknowledgment that you took the devastating threat of climate change seriously,” he wrote.

Prescott, one of the architects of the Kyoto Protocol, the world’s only legally binding climate deal, said that if China and the US could put aside their differences and cooperate on the issue, political parties in the UK ought to be able to follow suit.

.@david_cameron: man-made climate change “one of most serious threats to country and the world” #pmqs. Live: http://t.co/UQMSd5TKbb

To protect the British people against flooding the PM should tell everyone in his party to get real on climate change. #PMQs

Finally Ed M raises #ClimateChange at PMQ’s Only taken him three & a Half years..clearly a priority for him! #RealGreenDelivery

The Labour peer was speaking ahead of Thursday’s launch of a new report from NGO Globe International outlining the climate change legislation of 66 countries.

He said this will demonstrate that a global climate change deal based on domestic laws backed up by an international treaty like the Kyoto Protocol could be an effective template for an UN agreement.

And he stressed that UK leadership is vital, given the strength of its Climate Change Act, introduced with cross-party support in 2008 by the then climate and energy chief and current Labour leader Ed Miliband.

That consensus has started to look shaky in the past couple of years, especially after the appointment of the climate sceptic MP Owen Paterson as Secretary of State for the Environment.

Prescott said that while foreign secretary William Hague and Secretary of State for Energy and Climate Change Ed Davey both support strong action to tackle climate change, Chancellor George Osborne does not “feel the same” because of the cost of introducing cleaner forms of energy. Such dissenting voices, he added, send out a bad signal.

Last week Davey warned that a “diabolical cocktail” of climate scepticism and anti-European sentiment within the government threatened to break down the UK’s long term policies on climate change.

Lord Deben, the chair of the Committee on Climate Change, told RTCC that there were some “individual voices” in the government who still “have no yet caught up on the modern science and who still wish that it weren’t like that,” despite what he said was an overall “real consensus” on tackling climate change.

“I have some sympathy with them because I wish climate change wasn’t happening,” he said. “But as it is happening, as the science is conclusive, then really we have to get on with it and this government, as with its predecessor, is determined to do so.”

A DECC spokesperson said: “The Government is planning for the impacts of extreme weather and will continue to do all it can.”

Globe International’s latest climate legislation study will be released on Thursday 27 February. We’ll have coverage of the launch in Washington DC and analysis on which countries are showing the greatest ambition throughout the day.