Japan continues to fund coal despite increasing US pressure 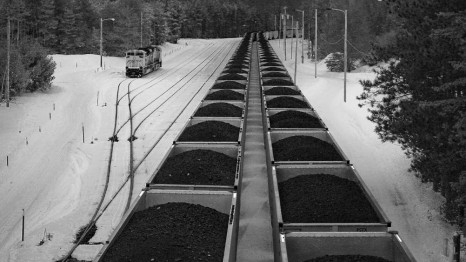 Japan, the world’s biggest funder of coal-fired power stations, is coming under increasing pressure to withdraw from funding a sector viewed as the primary cause of climate change.

Washington-based observers say US government has asked Japan and the Japan Bank for International Cooperation to slash coal-related lending to developing countries that are likely to join China by ‘locking in’ carbon emissions by using the fuel to power fast economic growth.

“Our contacts in the administration have told us they’ve already had high level meetings with staff at JBIC and relevant ministries to discuss overseas coal finance restrictions. Those negotiations are ongoing but they see Japan as one of the key countries they’ll be lobbying to do something about this issue,” said Justin Guay of the green group Sierra Club, which lobbies against coal-fired power.

The International Energy Agency (IEA) says that in 2010, 43% of carbon dioxide emissions from fuel combustion were produced from coal.

JBIC is the largest single provider of funding to new coal-fired power stations in developing countries, according to research from the National Resources Defence Council, a US environmental group, meaning that inaction would blunt US efforts to slow the development of coal-fired power worldwide.

However an official with the Japanese bank said no US or other multilateral institutions had asked it to stop financing coal.

The Overseas Private Investment Corporation, which is part of the U.S. government, said it couldn’t comment whether it or any other department is holding  discussions with Japan.

According to NRDC figures Japan’s largest development bank has funnelled $12 billion to coal-fired power stations between 2007 and 2013, helping to fulfil its mission to expand export markets for large companies.

Conglomerates such as Toshiba and Hitachi are been major beneficiaries of Japan’s funding of coal fired power stations in countries such as Indonesia, Thailand and Vietnam, and JBIC says these companies only install the most efficient coal-fired technology in countries that have few other alternatives than to use the fossil fuel.

But while the newest plants that use so-called “supercritical” technology get more out of the same amount of coal, plans by developing countries to build hundreds of new coal-fired power stations would make it even more difficult for countries to prevent runaway climate change.

Observers say Japan has become increasingly isolated by continuing to fund coal-fired power, particularly as the US government last year said that multilateral financial institutions should limit its exposure to the fuel.

Institutions such as the World Bank, the US Export-Import Bank, the European Investment Bank, and the European Bank for Reconstruction and Development have all said in the last year that they would scale back involvement in the sector.

Meanwhile many private sector banks have also ditched investment in mines and power stations against the backdrop of increased shareholder activism in the US and growing doubts that coal-fired power plants will make big profits during their lifetime, estimated at 30-40 years.

Although coal has long been cheaper to generate power in developing countries than renewables and gas, the prospect of cheaper solar panels and wind turbines, increased supply of gas, tighter air quality standards and higher carbon prices could make the sector less economic in future decades.

But even if JBIC was to scale back financing for coal, other institutions would need to follow suit for a global ‘divestment’ campaign to be effective.

Germany, Russia and South Korea are also large funders of coal-fired power stations, NRDC figures for 2013 show, while Chinese and Indian companies have a huge warchest to finance new mines and coal terminals.

Japan is a major consumer of coal at home too, and increased the use of the fuel last year to compensate for the continued closure of nuclear power stations after the 2011 earthquake, tsunami and nuclear disaster at Fukushima.

Yesterday Japan’s government said in a draft energy plan that nuclear plants meeting new safety standards set after 2011 should be reopened, and accelerate the use of renewable energy.