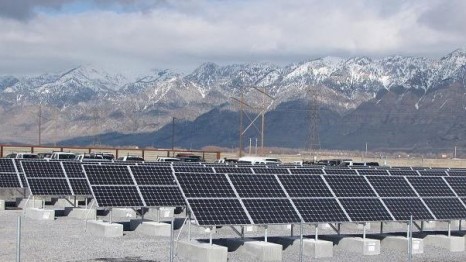 A brighter year for solar in countries such as China, Japan and India meant the sector increased in global importance last year, a survey from consultants Ernst and Young said today, but policy changes and uncertainty meant long-established players such as Germany, UK and Spain lost some of their edge.

Growth in global solar capacity and the increasing importance of the sector in new investment in renewables ensured some eyecatching moves in the league table of countries that are trying to develop new projects, said Ernst and Young’s Renewable energy country attractiveness index.

“Solar’s increasing importance in the global energy mix has generated significant movement, helping to boost the rankings of countries across Southern Europe, Latin America, Asia and the Middle East, while those in Northern Europe, particularly the Nordics, have slipped down,” the report said.

The closure of nuclear power plants in Japan and the high cost of importing gas and coal helped spur investment in 7GW of new renewable capacity last year, vaulting Asia’s second-largest economy into fourth place above the UK.

The US, China and Germany retained their respective top three rankings from 2012, but the gap between the top two narrowed last year as policy uncertainty in the US, cheap shale gas and lapsed clean energy credits stoked doubts among some investors.

China’s lure for renewable investors grew mainly because of expansion in the solar sector, where the world’s largest energy user is targeting 14GW of new capacity this year after installing a record-breaking 12GW of solar capacity in 2013.

The UK slipped one place down the rankings as government policies on subsidies suggest a likely dogfight between various renewable technologies, while the postponement of some large-scale offshore wind projects heightened concerns among investors, the report said.

The report said India has jumped to sixth place as ambitious targets, large-scale project announcements, and a series of national and state auctions had helped to create a busy conyevor belt of new projects, particularly in solar.

Year-on-year growth in renewables is viewed by many economists and scientists as crucial if the world is to replace fossil fuels to meet future energy demand and escape the worst of climate change.

The International Energy Agency said last year that renewables are now the fastest-growing power generation sector and will make up almost a quarter of the global power mix by 2018, up from an estimated 20% in 2011.

But green groups say this trend needs to be scaled up sharply in future decades through tough targets in any future global climate deal, a removal of subsidies for fossil fuels and a high price of carbon to remove coal from the energy mix.