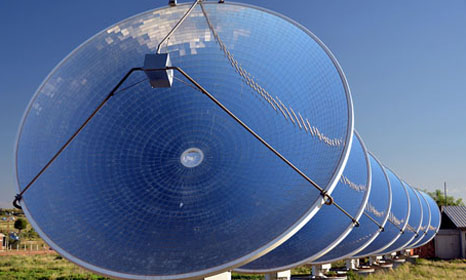 The Green Climate Fund board says last week’s planning meeting made progress, despite only agreeing two of the eight requirements essential for the fund to become operational.

A three day gathering in Bali ended with a decision to split funding equally between mitigation and adaptation efforts, devoting 50% of adaptation monies to climate vulnerable regions.

The board also agreed to shift a “significant allocation” through a new private sector arm of the fund, and also said it will release a ‘gender action plan’ by October this year.

Talks were marred by disagreements between members over the role of the private sector, as well as the level of ‘ownership’ individual countries will have over cash they are given.

“In May, the Board aims to take key decisions on the remaining essential requirements that will allow the Fund to receive, manage, programme and disburse funds,” a statement read.

One observer RTCC spoke to called the meeting a “shambles”, adding the lack of progress placed huge pressure on delegates attending a second and final planning meeting this May.

The GCF is due to open later this year, and is part of UN plans to generate over $100 billion of clean energy and low carbon infrastructure finance a year by 2020.

Last week Indonesia ($250,000) and Italy (€500,000) became the latest countries to make pledges to the Fund, which analysts say will need around $10 billion this year to be able to operate effectively.

Indonesia’s Vice‐Minister of Finance Bambang Brodjonegoro said the donation was aimed at helping developing countries prepare programmes that could benefit from the GCF.

Further promises of investment are expected to be made by national leaders attending a UN climate summit hosted by Ban Ki-moon in September.