Iran considers use of carbon trading to cut CO2

The Islamic Republic, one of the developing world’s biggest emitters, may launch carbon bourse to improve efficiency and cut emissions 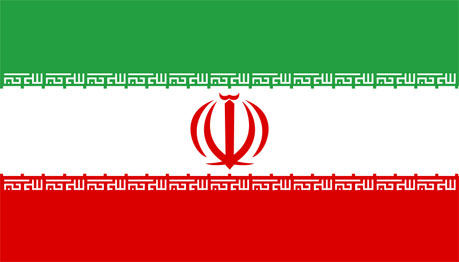 Iran may introduce emissions trading to curb consumption of fossil fuels and cut its carbon emissions, a government official in charge of energy efficiency said at the weekend.

The country is among the world’s top 15 biggest emitters of greenhouse gases because of its huge oil, gas and petrochemical industries, while cars and trucks also help swell its carbon footprint.

Policymakers have drawn up plans for a carbon bourse to advance credit to companies that reduce emissions and the country has approached the World Bank’s Global Environment Facility to provide potential funding, Iran’s oil news service Shana reported.

Once the proposals are complete, they will be submitted to the government and parliament, the report added.

Few details were given on which particular sectors would be covered by potential emissions trading, but if Iran proceeds it would join a growing list of developing countries that are putting emissions trading schemes in place, such as China, India, Mexico and Vietnam.

Its last report to the UN’s climate body in 2011 revealed 77% of emissions are from the energy sector, adding that sanctions had prevented the country from modernising its fleet of power stations.

Iran proposed in a five-year plan in 2011 that it would improve efficiency in its wasteful power stations,  increase the number of hydropower and wind power projects and capture more waste gases at its oil and gas  industries.

Although the country has some large hydroelectric power plants, it relies mainly on oil and gas to generate power and the fuels are heavily subsidised by the government.

The progress of these efforts is difficult to verify, but figures from an influential Dutch study of greenhouse gas emissions estimated Iran’s annual energy-related emissions in 2012 to be 410 million tonnes, broadly unchanged from 2011.

The Islamic Republic’s experience of carbon trading so far has been limited to the Kyoto Protocol’s Clean Development Mechanism, which enables carbon reduction projects in developing countries to earn money by selling offsets to rich countries with binding targets.

But credits generated from Iranian projects were banned by US-owned carbon exchanges in 2011 because of wide-ranging sanctions, most of which remain in place despite a thawing of frosty relations with the US last year.

Then, Iran promised to slow down its nuclear programme, which it says is intended for power generation but which the US suspects will be used to fuel atomic weapons.