Ed Davey says extreme weather has “shifted the debate” on climate change in the US, UK floods could have similar effect 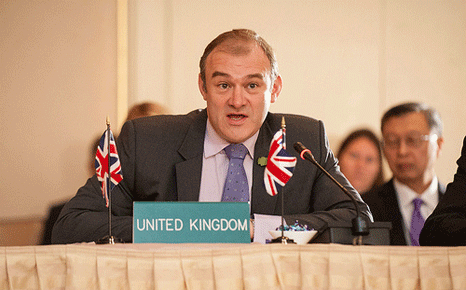 Flooding in the UK should “stiffen the arm” of British people arguing for a strong UN climate change treaty, the UK Energy Secretary said today.

Recent extreme weather events in the USA have “shifted the debate” there on climate change, said Ed Davey at a policy event in London, and a similar impact could become evident in the UK after a winter of powerful storms and major floods.

“If you go over to America and talk to Obama’s team, they’re clear that the debate on climate change has shifted in America due to extreme weather events,” he said.

“There were a number of people who were previously a bit sceptical about climate change who are now actually listening to what the President is saying, what Secretary (Of State) Kerry is saying.”

This could embolden moves that a strong international treaty that could be signed off in Paris 2015.

If all goes to plan, all countries would come together under the UN banner to sign a deal that would see major reductions in the world’s emissions of greenhouse gases.

However political leaders are mindful that similar hopes in the run up to the 2009 climate summit in Copenhagen were dashed after major emitters failed to agree on who should shoulder the burden of carbon cuts.

Once again, the input of countries such as the UK, US and China will be crucial in raising ambition over the coming year.

Davey said: “I’m arguing for it very strongly both at Europe and at the UNFCCC (UN climate talks).”

Flooding in the UK and record cold temperatures in the US this winter have recently brought the issue of climate change centre stage, as politicians grapple with the potential economic damage of extreme weather. 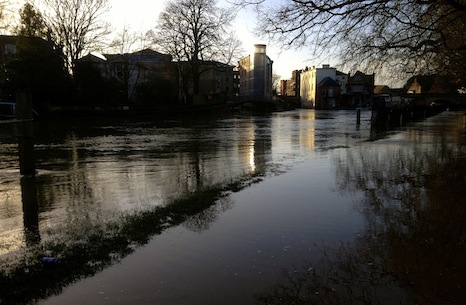 The River Cherwell bursts its banks in Oxford. (Source: RTCC)

But the debate remains highly politically charged as critics of mainstream climate science maintain there is no link between wild weather and manmade carbon emissions.

Former Chancellor of the Exchequer Lord Lawson, a key figure in the UK’s government during the 1980s, said today there is “no evidence” that climate change is leading to more extreme weather.

Lawson added that the government should use the current floods as a “wake-up call” to turn away from renewable energy.

Davey said some right-wing politicians have tried to “deliberately mislead” voters at a time when the public needs to know that “the science is robust”.