Politicians grapple with long-term solutions to flooding, as PM says there is more extreme weather to come 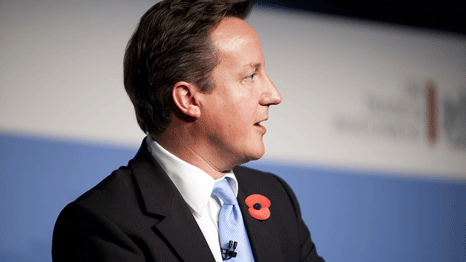 As more extreme weather warnings threaten further misery across the UK, Prime Minister David Cameron has said that the government must “do everything it can” to improve the country’s resilience.

Answering questions from MPs in Parliament today, many hailing from flooded constituencies, Cameron predicted that the stormy conditions that have battered the UK in recent weeks is likely to get worse before it gets better.

Cameron announced a new package of measures to help those who have been affected by flooding, including a £5,000 grant for homeowners and businesses to ensure that future flood resilience is built into any repair work. He also announced a £10 million fund for farmers, who have suffered as their fields become waterlogged.

But some accused Cameron of taking a short-term approach to a problem that will only worsen with climate change. During the session in Parliament, he admitted that “money no object” claims referred to the relief effort, rather than building up a long term resilience to extreme weather.

Meanwhile, debate has raged over to what extent the UK’s stormy weather is a result of a warming planet – a debate that has been informed by ideology as much as science.

“In a nutshell, while there is no definitive answer for the current weather patterns that we have seen, all the evidence suggests that climate change has a role to play in it,” said Dame Julia Slingo, chief scientist at the UK’s Met Office.

“It is just this Julia Slingo woman, who made this absurd statement, but their own official statement makes it clear there is no proven link whatever,” the Guardian reports him as saying.

A recent report by the Met Office and the Centre for Ecology and Hydrology, entitled The Recent Storms and Floods in the UK, calls recent storms “exceptional”, and says there is an “increasing body of evidence that shows that extreme daily rainfall rates are becoming more intense” as a result of global warming.

.@LeoHickman @ret_ward Why do climate dismissers have to be so universally rude? Julia #Slingo deserves respect. Apology in order?

Ed Miliband, leader of the opposition Labour Party, said during his visit to a flooded community in Berkshire that climate change will bring “more flooding, more storms” in the future, and that the government needed to be prepared.

“If there’s one thing we know about the effects of extreme weather, it is that the costs, financial, human and other costs, of not acting are much greater than the costs of acting, and it is a totally false economy to say, ‘Don’t act,’” he said.

“There is a debate that we have got to have outside that sort of environment with real experts to try to see different ways of gearing much more money into making our whole economy resilient to the extremes of weather we are facing,” he said.

“That is going to require politicians to work together. If we don’t do this, and don’t have a 25 year plans, we are going to consign future generations to real problems.”

Something tells me we’re about to have a ideological spat about flooding. pic.twitter.com/X8FS8fi5vY