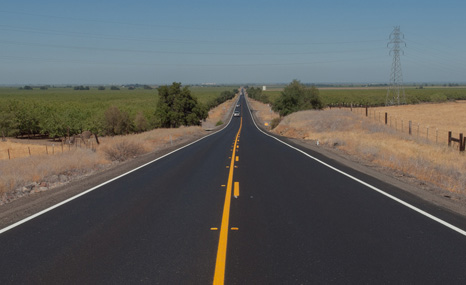 California may have to cut greenhouse gas emissions twice as fast as current levels after 2020, involving an expansion of the sectors covered by targets and tougher caps on energy and transportation, state regulators said on Monday.

In an update of an existing proposal to cut emissions to 80% below 1990 levels 2050, California’s Air Resources Board (Carb) said that more sectors, such as buildings, waste management and agriculture, would be required to make emissions cuts.

That would mean most sectors in the largest economy in the US would have reduction targets.

Energy and transport sectors, which account for most of the state’s emissions, would need to move faster towards renewables and low carbon energy after 2020, the report said.

“Emissions from 2020 to 2050 will have to decline at more than twice the rate of that which is needed to reach the 2020 statewide emissions limit.”

The report also urged cuts in smog forming pollutants such as methane and black carbon, which are shorter-lived than carbon dioxide but are much more powerful in trapping heat.

The Environmental Defense Fund, which monitors California’s efforts to cut emissions, said the expansion to just about every sector would be needed to meet ambitious reduction targets after 2020.

“As the saying goes, A goal without a plan is just a wish.’ CARB’s Proposed Update not only lays the groundwork for a low-carbon and clean-energy future, but points us towards strategic, and quantifiable, short and long-term goals,” the EDF’s Emily Reyna’s wrote in a blog.

Although the state’s regulators failed to set interim targets in the plan, it said considerations would be “informed” by climate science.

Based on a pledge by the US at the 2009 Copenhagen climate tallks to cut emissions 42% by 2030 from 2005 levels, California could achieve a reduction of 35%, yesterday’s document said.

Regulators said they would also take account of efforts elsewhere to cut emissions, such as the European Commission’s proposal to cut emissions 40% from 1990 levels by the end of the next decade.

California says it is on track to cut emissions 20% by 2020 from 1990 levels, helped by a major economic downturn at the start of the decade.