Europe could drop out of key economic race with China, USA and India unless it backs low carbon growth 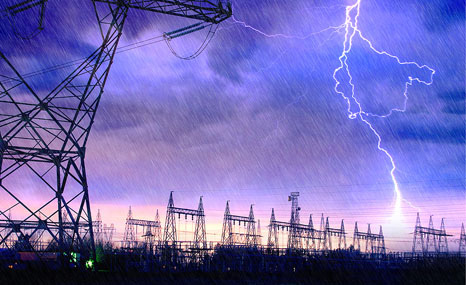 They say the EU’s market share of clean energy technologies and green goods is steadily falling behind China, India and the USA, risking jobs and investment.

Specifically they point to the €350 billion a year spent by EU countries importing energy, citing European Commission calculations that €160 billion could be saved by 2030 if a similar amount were invested in power grids, renewables and efficiency measures.

The study, coordinated by the Climate Strategies group, comes weeks before European leaders discuss what level of energy efficiency, renewables and greenhouse gas reduction targets they want to adopt for by 2030.

Henry Derwent, a former climate advisor to UK Prime Minister Tony Blair and CEO of Climate Strategies, says the study illustrates why an EU decision to relax its low carbon regulations would be a “dangerous bet”.

“If Europe decides to make the choices in terms of new energy production and investment that have to be made on the basis we should move slowly on low carbon we may end up regretting it.”

He added: “The truth is that there are a number of reasons to measure a country’s competitiveness, and they don’t all plot on average cost of electricity.”

The EU’s high energy prices are central to the impassioned debate about its long term climate strategies, with clean energy targets and the Emissions Trading Scheme blamed in some quarters.

Opponents of tougher targets like Poland’s climate minister Marcin Korolec say they would result in ‘carbon leakage’, leading to a net increase in global emissions.

@rtcc_edking No and I think it is wrong. The higher we bump our EU GHG target the more emission disappear only to come back in products.

Last week the International Energy Agency warned that high oil and gas prices are likely to affect the EU for the next two decades, affecting 30 million jobs.

“Europe didn’t realise the seriousness of this competitive issue,” the IEA’s chief economist Fatih Birol told the FT, adding that low carbon policies were not completely to blame.

“Too much of the blame for Europe’s high energy prices is being directed at its ambitions on climate change while the main factor – the high cost of imported energy – is being all but ignored.”

High emitters such as the steel and aluminium sectors are also concerned that without special treatment, they would be forced to relocate to the Far East, where some regulations are lighter.

The report calls for energy intensive sec tors that spend more than 6% of their revenue on fuel to receive special provisions.

But it points out that cement production, which accounts for 5% of global GHG emissions, is more efficient than in in China, India, Thailand and Brazil than the EU.

“Even though the rate of progress we are making at a global level may be insufficient, people are moving and moving in a way which constantly looks to see what others are doing and looks to advantages,” said Derwent.

“The Chinese don’t invest in this stuff exclusively on the basis of being good global citizens. They do it on the basis of a bet that that is the way the world is going and people will turn to the use of tech which they want to be top in.”